Manager Alex Neil will hope to welcome back Sean Maguire into his squad for the visit of the gaffer’s former employers Norwich City to Deepdale this weekend.

Maguire scored his tenth goal of a shortened campaign against Leeds United in the last home game, but missed the victory at Loftus Road due to a tight hamstring, however, he will be hoping to be involved for the arrival of the Canaries

Darnell Fisher returned for the game against Ian Holloway’s side in West London and came through unscathed, alongside Daniel Johnson, who was also back in the starting XI against the Rs after illness.

The manager made changes against QPR, with Paul Gallagher and Ben Davies both on the bench and should the thought arise to freshen the squad once again, then the opportunity is there with a fully fit squad available to the PNE chief if Maguire is available for selection. 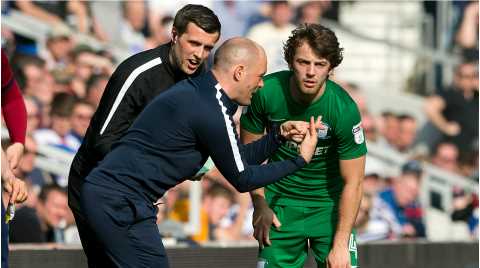 The likes of Josh Harrop and Gallagher Both did well when they came into the game, last week and they will be under consideration when the final team and squad is finalised to take on Daniel Farke’s outfit.