Taking charge of his second North End game of the season for our trip to the capital to face Ian Holloway’s Queens Park Rangers is match official Robert Jones.

Having been fourth official at PNE games earlier on in the season, he stepped up to the role of the man in the middle for the first time this campaign when we entertained champions-elect Wolverhampton Wanderers at Deepdale back in February.

Rob’s one other game in charge of the Lilywhites was last season’s 1-1 home draw with Rotherham United – the final home game of last season.

This is the referee’s second year on the EFL list and this will also be his second R’s game of the campaign, having taken charge of their 1-0 home win over Sunderland last month, when the Black Cats’ goalkeeper Jason Steele was sent off for a deliberate handball outside the box. 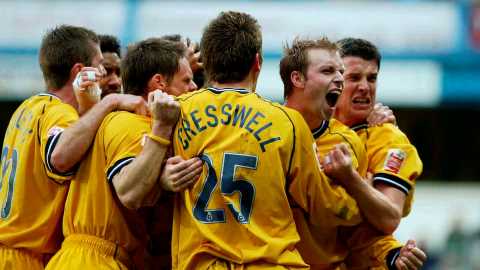 His last game was Tuesday night’s 2-0 away win by high-flying Millwall at Bolton Wanderers; with the majority of his recent games being in the EFL Championship.

This weekend in West London he will be assisted by Michael George and Mark Pottage, whilst the fourth official will be Craig Hicks.