His first PNE game of this season was the Lilywhites’ 2-1 win at Hull City back in September and then he was also the referee of our final game of 2017, the televised 1-0 win over Cardiff City – both games featuring late winners for the Lilywhites.

Overall this season he has refereed 38 games, issuing 133 cautions and five red cards, having also overseen the Blades once, in their nine goal thriller with Fulham back in November, when the Cottagers came out 5-4 winners.

Last season the referee made his first visit ever to Deepdale for the clash with Wolves back in November and was then the referee in the away game at Derby County back in March. 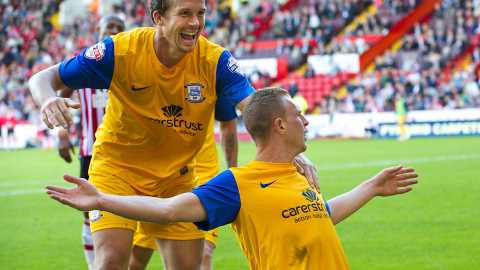 James will be assisted by James Wilson and Steven Meredith, with experienced Select Group Two official Oliver Langford acting as the fourth official.