We welcome Alex Neil’s former employers to Deepdale this weekend on what might seem like a rare Saturday fixture for the travelling Canaries fans.

Six of the last 12 occasions we have met each other here have involved them making the 525 mile round trip in midweek, whilst we have only had to do the reverse trip twice during the same period.

Despite winning on both their previous two visits, Norwich have only five victories to date from the 20 occasions this fixture has been played, set against ten North End wins and five draws.

The biggest of our wins came in 2001, when Graham Alexander’s second minute penalty set us on the way to a 4-0 scoreline by half-time on the only occasion we have faced each other on a Wednesday night. We must have taken pity on our visitors as we failed to add to our goals in the second period, despite continuing to dominate the game.

Norwich first experienced Deepdale in a league game in 1962 and after ten games in 11 seasons, we didn’t meet again for 29 years, with a further ten games since 2000. In the interim, the theme of long distance midweek trips was established in the League Cup as we were drawn together over two legs in 1984, 1985 and 1988. After scoring twice against us in our 6-1 defeat at Carrow Road in the second leg of our 1984/85 tie, Asa Hartford scrounged a lift back to the north west on the North End team coach. Hopefully he was not left to sit on his own for the long journey back! 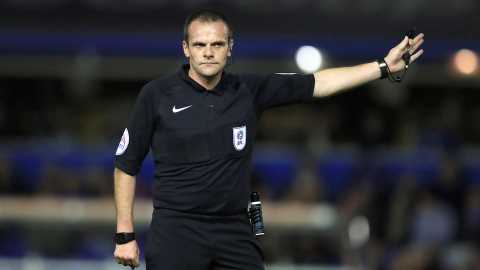 David Healy has featured several times this season as someone who has played for both PNE and our opponents and Norwich are no exception, having spent two loan spells with the Canaries whilst on our books.

Chris Brown, Stephen Elliott and Simon Whaley also scored goals for both clubs, whilst the most recent player to follow Chris from East Anglia is of course Declan Rudd. Academy coach Andy Fensome began his career as a trainee with Norwich whilst former centre half Mike Flynn also joined us from the Canaries, although neither player featured in their first team.

Mike made a memorable debut for North End in December 1989, having signed from Norwich earlier in the week. He was named on the bench for our second round FA Cup tie at Northern League Whitley Bay and when we found ourselves trailing 2-0, Flynny was sent on to play up front. He somehow contrived to hit the post from two yards out and any chance of a comeback had gone. Fortunately for him, he recovered from featuring in one of most embarrassing defeats in our long history to become a firm favourite as he made over 150 appearances before leaving for Stockport in 1993.

The last time we played at home on this date, we came out on top of a seven goal encounter with Shrewsbury Town in 2014. Goals from Lee Holmes and Bailey Wright gave us a two goal advantage that was halved by Shaun Miller just before half-time, but a second half hat-trick from Paul Gallagher saw us comfortably home by 5-2.

That was Gally’s second treble of the season, after his hat-trick against Barnet in the FA Cup five months earlier. That was the first time a loan player had scored a hat-trick for North end and Paul remains the only loanee to achieve the feat twice.

A key member of our 1986 promotion side reaches the milestone of his 60th birthday today. Oshor Williams was one of a number of signings made by manager John McGrath to add experience to the squad he rebuilt after the disastrous re-election campaign of the previous season. Despite persistent knee injuries, Oshor managed 49 games in his two seasons with North End before retiring to take up a role with the PFA’s player education programme in Manchester, where he still works.

Sean Gregan made the last of his 251 appearances in a North End shirt on this date in 2002 in a 2-1 home win over Nottingham Forest. During the summer he moved to West Bromwich Albion who had just been promoted to the Premier League, having spent six seasons at Deepdale. Signed from Darlington in 1996, Greegs of course went on to captain our 2000 championship side and also led us out at Cardiff for the 2001 Play-Off final versus Bolton. His central midfield ‘Little and Large’ partnership with Mark Rankine is remembered fondly by fans from that time and he is always assured of a warm welcome when he returns to North End.