Our final away league game of the season sees us back in Sheffield only four weeks after we faced Sheffield Wednesday and this is of course our third visit to the city this season following our FA Cup fourth round tie at Bramall Lane in January.

The last time we faced the Blades in our final away game of the season, we gained a creditable 0-0 draw five seasons ago, but this was a comparative highlight in the history of this fixture.

We have a disappointing record at Bramall Lane, having lost on 34 of the 50 previous occasions we have met at the former cricket ground. That draw was only the ninth in total and our 1-0 win in September 2013 was the most recent of our meagre seven victories.

From 1897 to 1924, we only managed three points from a run of 19 games during which we conceded 45 goals so at least our record since then has improved a little. We have managed less than one goal per game (45) whilst conceding just over twice as many (93), history suggesting we might have a tough afternoon ahead of us in a low scoring match.

However, we can draw inspiration from our 5-0 win back in 1954, which saw Tom Finney score twice and Angus Morrison, Bobby Foster and Denis Hatsell also got on the scoresheet. 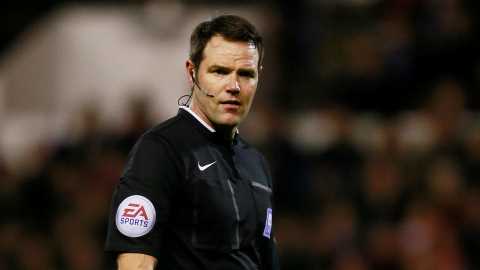 That win in 2013 was our first since 1978 so we are well overdue another victory as we look to end a successful season on the road with another three points.

North End Play-Off veteran Mark Rankine featured in the Blades unsuccessful Play-Off campaign of 2003 after he had swapped Deepdale for Bramall Lane. Ranks had been mostly restricted to substitute appearances for North End that season and ironically was sent off in his penultimate game for us at the home of the Blades before moving there on loan in April to help their promotion push.

He started both semi-final games against Nottingham Forest and was picked for the Final, where Wolves came out on top, 3-0, before signing permanently over the summer.

Three seasons later, his former team-mate Chris Lucketti followed him over the Pennines also on loan before making the move permanent. Chris was more successful in terms of gaining promotion to the Premier League as United finished runners up and the following season, he made eight appearances at the top level as the Blades fell back to the Championship.

Somewhat surprisingly considering we have played almost 5,000 league games, this is only the 14th time we have played on this date and the fifth instance away from Deepdale.

Our only victory to date came in 2001, when first half goals from David Healy and a Jon Macken brace gave us a 3-1 win at Gresty Road that also saw Rob Hulse score for Crewe in the first 45 minutes.

It is six years ago today that Graham Alexander played his 983rd club game and scored his 130th goal in a 2-2 draw with Charlton Athletic at Deepdale. Brought on as an 84th minute substitute, Grezza proved that fairytales can still happen in football by scoring the equaliser in the 91st minute with his last kick in professional football. He even managed to get booked for going into the crowd as Deepdale erupted for one of our favourite sons of all time!

The Yorkshire connection to today’s game continues with Sheffield-born Chris Sedgwick celebrating his 38th birthday today. Chris joined us from Rotherham in 2004 and made over 250 appearances on the wing before moving to boyhood club Sheffield Wednesday.

Will Hayhurst had to overcome two broken legs whilst a trainee at Deepdale and his perseverance was rewarded six years ago today when he made his first team debut just six days after his 18th birthday. Will made almost 50 appearances before joining Notts County in 2014 and he also spent time on loan at York City.