Daryl Horgan will look forward to Tuesday night's game. Growing up the Irish international followed the fortunes of our Yorkshire visitors.

They had a lot of Irish players at the forefront of their success in the late 1990s and early noughties, something the PNE No.7 remembers fondly.

“They had so many Irish players at the time and obviously they were so successful, so it was hard not to be drawn to them,” he told The One And Only at Springfields last week. “Especially because I was a big Robbie Keane fan, so anywhere he went I kept a very close eye on him.

“With the amount of Irish there and competing in the Champions League and top of the Premier League, it was hard not to be drawn to them.”

That Irish support that Leeds had in that period is something that is being replicated now at Deepdale, with all the connections between the country and the Lilywhites.

“A lot of people will be keeping an eye on the players that have come over and even when we get back a lot of them are asking ‘how’s Adam O’Reilly doing, I saw he was in the squad, what’s he like, where’s he from?’; people are very interested and even in a young lad on the bench at 16, who is just training with us

“People want to know about him and want to know what he’s like and there’s a real affinity now with Preston North End in Ireland. There’s eight Irish players now in the senior set up, which is unbelievable, so who knows what could happen.

“It’s funny how it’s worked. Sean has done so well, Greg is vice captain and Browny has been unbelievable this year, so it’s all people who have come from different paths and different ways to get here, but it’s great to have so many here at the minute.”

In the last international break the former Dundalk man earned another cap for his country, in Turkey, another positive experience for him.

“It was brilliant. Obviously I was part of the last campaign as well, but there’s no better feeling than playing for your country and being involved and to come on for the last 15 minutes in what was quite a new squad, with a new feel to it, was brilliant and hopefully I’ll be able to stay in and around it.

“It was brilliant for the two lads to start and maybe it wasn’t our best night, it was a tough game, against quite an experienced side, so that was quite difficult, but the lads did really well and they have been playing really well all year.

“They have deserved their opportunity to start and I am sure there will be many more for them.”

Back at Deepdale and despite a difficult Easter period, the Lilywhites are still in a good position to challenge for the top six over the last few games of the season and the dressing room is excited at the prospect of what they can still achieve.

“Playing international games are always special, but the next few weeks will be all hands to the pump to try and get to the Play-Offs, then I suppose you’re in bonus territory and the Play-Offs are crazy and anything can happen.

“The manager has instilled a belief in the lads. He has said from day one that the aim is to get into the Play-Offs and go from there and that is what it has been all the way through. 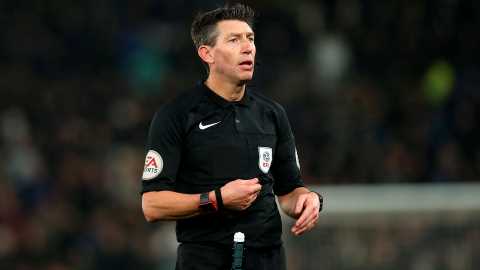 “We have had a couple of downs, but a lot more ups and a lot more positive days this season we have done well and it is not finished yet.

“We will have to win most of the remaining games and play well and if we do get into the Play-Offs, then we will fear no one.

“We have played everyone in and around the top six so far and I don’t think in any game we have been out played or shown to not be as good as them, so we will definitely be confident,” he added.

You can read plenty more from Daryl, along with features and interviews with Paul Gallagher, Josh Harrop and former North End skipper Sean Gregan, plus all the usual features and articles in our 100 page edition of The One And Only this weekend.

The official matchday programme will be on sale from the Sir Tom Finney ticket office from Tuesday afternoon and then from inside and outside the stadium on matchday for just £3, don’t miss out!