Preston North End manager Alex Neil says his players should be relishing the chance to go to Elland Road and take on the Championship leaders in Tuesday night’s Carabao Cup second round tie.

The Lilywhites boss is looking for his side to get the result to go with the performance and although he knows it will be a tough test, he feels it is a good game for the team to face.

“It is a great place to go and play,” he told iFollow PNE. “I have been there on a few occasions and the atmosphere is always good. Particularly now, because they are playing well, the fans will be right behind them – the place will be bouncing and we have to got to make sure we go there, impose our style on them and make sure it is a real tough night for them.

“It will be a good game for us. I went to see Leeds live at the start of the season, against Stoke City, and I thought they put in a really good performance.

“Their campaign so far has been very good from their point of view and we are going to have to go there and play well and make sure we get a good result.”

Both sides made changes in the first round – 18 between them – and with the Whites facing Middlesbrough in front of the TV cameras on Friday night, they may well again change up their starting XI to face Alex’s squad.

“The fact they did rotate their squad so much in the first round, as we did, the fact that they have a game on Friday and I am pretty sure that they would say that their bread and butter is the league, similar to us, means we can probably anticipate they will make changes, but the extent of those changes I am not quite sure, but I would expect there would be a couple at least,” he continued. 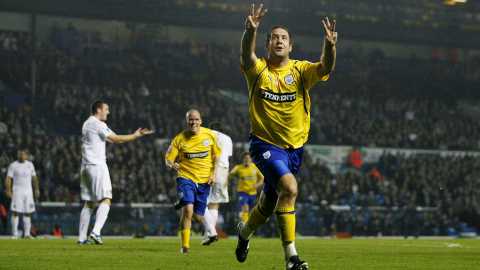 “To go and spend £9m on Patrick Bamford and then have the luxury of having him on the bench, shows how well they are doing and how strong their squad is.

“Leeds have had a good squad for a number of years; at the moment the coach seems to be getting more out of them than what has happened over the past couple of seasons. But having said that, I watched Leeds last season at Bolton and they beat them comfortably and they went top of the league in what I think was late October.

“It is a long season, and everyone knows that, but they have started really well, have got a good brand of football, that has been good to watch so far and they will be looking to continue that.”