The North End gaffer, who took the Canaries into the Premier League in 2015, takes the Lilywhites to Carrow Road for the second time during his spell in PR1 and admits the squad at Norwich is very different to the one he left.

“Playing wise a lot of the squad has moved on, so it will be very different from when I was there,” he told iFollow PNE. “Players move on naturally in football and the manager now has had the best part of two seasons and the team is now more in the manager’s image.

“They will be getting closer to the point of being happy with what they have got, because they have brought in the majority of the players and the manager has put his mark on things.

“They play an open and expansive game. They dominate the ball, make a lot of passes and in the league they are number one for passes made – and I think we are number two – so it will be an interesting game and we will see how it pans out.” 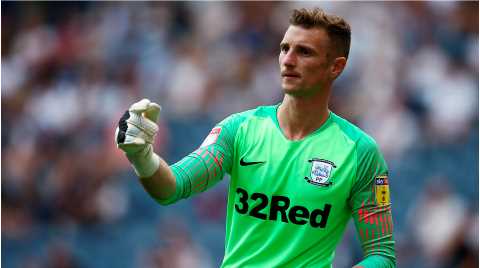 The boss must make at least one change, with the suspension of Paul Gallagher, and with three games over the next seven days, he may well utilise a large part of his squad, however, he admits he is more than comfortable to do that.

“We are in a better situation this year than we were last year,” he continued. “There were some players last year, towards the end of the season, where they had run themselves into the ground, but at the time I deemed they were still the best person for the job, hence the reason I still went with them.

“Now, if someone is fatigued or carrying a knock, I can change it without being too concerned.

“Gally’s suspension gives someone else an opportunity. Since I have been here Gally has been a really important player for us and I thought he had a fantastic game on Saturday, but he is now suspended and we need to use the squad, which we will do and I have no concerns about that.”

It may well be a week of travelling for the team, but that also means plenty of time up and down the country’s motorways for the supporters, something that hasn’t passed Alex by.

“On the road last year the away fans got quite a few good trips and we hope that is going to continue this year.

“We had really good form on the road last year and that is something we need to make sure we keep up,” he added.