Alex Neil was happy to see his rotated Preston North End side put on a controlling display in the 3-1 win over Morecambe in the Carabao Cup first round.

The gaffer made 11 changes to the team which started against Swansea City at the weekend, but the Lilywhites were unaffected by the wholesale changes, taking charge of proceedings through Brandon Barker’s 14th minute opener.

Louis Moult and Graham Burke added to the Manchester City loanee’s early effort as North End cruised through to the second round of the competition, and the PNE boss was pleased to see those coming into the team give him a selection headache ahead of the visit of Stoke City on Saturday. 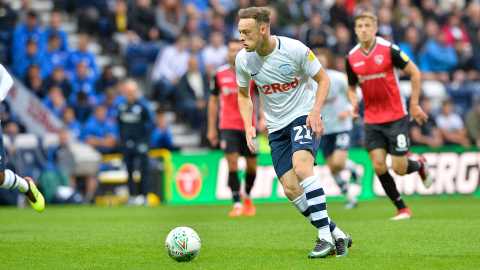 “It was a good win for us,” Alex told iFollow PNE. “I think we played well throughout the match and in the first 35 minutes we were excellent, we moved the ball really well, scored two good goals and could’ve scored more.

“Then we got a bit sloppy, Darnell gives a silly foul away down the flank, they put a ball into the box, the first header we should clear, and we don’t and then it drops and I think we head it off one of our own men and it ends up dropping in behind us.

“I think you can see the lads looked at the game on Saturday, saw that we didn’t win the game and they wanted to go and make a statement and try to put their best foot forward to try and get into the team.

“That’s the whole point of having a squad, the lads support each other, they’re good around each other and want each other to do well, but equally, you want to play. It’s good competition and now I’ve got decisions to make for the weekend. But I’m really pleased with the lads who played tonight, I think they did really well.

“I think it was a good all-round performance and I think anyone could see tonight – and I stated it before the game – how much stronger my squad is now because I’ve got real difficult decisions to make week in, week out now. There’s very little between a lot of the players and everybody, as you can see tonight, you can certainly put a case forward for them to start.” 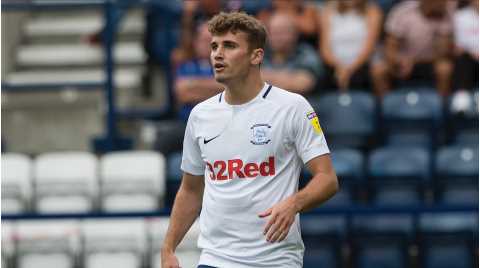 A ‘Satisfying Result’ For Ryan Ledson

Alex was also pleased to see Brandon Barker and Graham Burke find the back of the net on their home debuts.

“In the first 30 minutes in particular, I think we fed him [Barker] the ball a lot early and let him do his stuff. You can see the pace he’s got and he can go either side, you can’t really tell what foot he hits with at times but he is predominantly right-footed and his goal, he arrows one in the bottom corner with his left foot.

“I thought he showed his quality throughout the game which is great and I think if you isolate him against any full back, he’s going to cause them problems. It’s a great [home] debut for him, he’ll be really pleased and hopefully we can try to build on that.

“It was a great move [for Burke’s goal], if memory serves me right, it’s from DJ, Josh Harrop, Louis Moult and eventually to Burkey. They moved it in that triangle really quickly, cut them open and Louis puts it across for Burkey, he shifts his feet back and puts it in the net.

“We have good technical players, there’s no question about that and if you give them the ball on the edge of the box they can hurt you. We’ve got to make sure we do that on a consistent basis. As I say, the lads did really well and they gave me a bit of food for thought, so it was very good.”