Darren Brannigan believes the youth team can build on aspects of their play from their opening league match of the season against Wigan Athletic in the EFL North West Youth Alliance.

Latics emerged with a 4-2 win from UCLan Sports Arena but there was some encouraging stuff on show from the young Lilywhites, with two well worked goals arriving inside eight first half minutes, the first of which was scored by Brannigan.

The second year scholar felt North End were the better side for parts of the game against Wigan and whilst he agreed that there’s work to be done, the striker remains confident that improvements can be made in the coming matches. 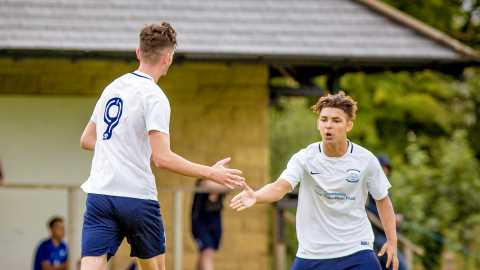 “I thought we competed well and at times we were at the better side, but when we went 3-2 and 4-2 down, our heads dropped slightly and they were probably the better team then,” the 17-year-old told PNE.com.

“I thought we looked confident when we had the lead and then when you get to 2-2 going into half-time, we were frustrated in the changing rooms because we thought their second goal was offside. Coming back out we had to try to get our heads back in the game.

“The frustration can be carried back onto the pitch but we had to try to get up for it again because we were still in the game at 2-2. We wanted to get the win but unfortunately, we couldn’t.

“Even before the game, we were all up for it coming into it, we wanted to get the win. So if we go into other games with that kind of mentality, then the wins will come if we keep playing well and move the ball quickly.

“If we do all the basics right and work on the things we need to improve on, I think we can be up there [in the league] at the end of the season.”

Brannigan opened his and the Lilywhites’ account for the competitive season in the 15th minute, converting from Jerome Jolly’s cross. 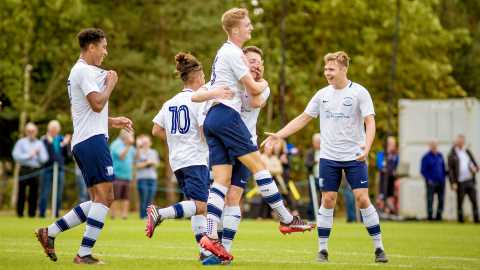 The forward was pleased to get off the mark officially for the season and build on his pre-season tally; this his third goal in as many games, following strikes against Sheffield Wednesday and Blackburn Rovers in pre-season.

“It’s always a competitive game against Wigan and it’s never a normal game,” the striker continued. “There could have been some sending offs and that could have had a big impact on the game.

“We had to keep our heads and keep moving the ball well and quickly, and we did play where we were getting in behind them and getting chances. We just had to keep moving it quickly with less touches on the ball.

“It’s good to get a goal in the first game of the season and that’s three goals in three games now, including pre-season. It was good to score and get us back in the game.