Preston North End goalkeeper Declan Rudd says there will not be many familiar faces when he returns to Carrow Road on Wednesday night.

The PNE No.1 grew up as a Canaries supporter and still has close friends and family who are season ticket holders, but despite this, he does not know many of the current set up, despite only joining the Lilywhites from his boyhood club 13 months ago.

“I have had a chat with a few of the lads who have been asking ‘what’s he like, or what’s he like’, but to be honest I don’t really know any of the individuals there at the minute!” He told iFollow PNE.

“There has been a massive turnaround in the last year, so it is a little bit hard for me to give any insight on any of the players, because I have never met any of them!

“It is a completely different club to when I left, but they have brought in some good players, so it will be a good test for us. 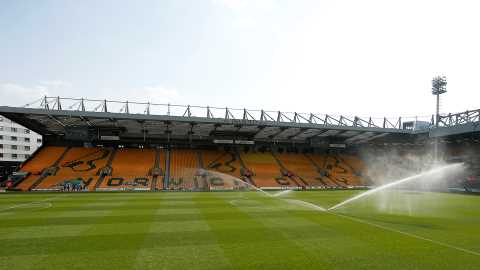 “[Norwich City manager Daniel Farke] has got rid of the players he wanted to get rid of and brought in his own men and as a manager, as long as you are given the time to do that, then that’s what you want. He has done that, but whether the players he has brought in are as good as the ones he got rid of is a matter of opinion, so we have to go there and take it to them.

“I have got friends and family who are season ticket holders; I grew up watching them as a kid and was signed at the club from the age of eight-years-old, so there are a lot of memories though, but they are in the past.

This is the first of three away games in a congested week, ending with next Tuesday’s Carabao Cup tie at Leeds United, but Dec says this is a good chance to build up some momentum.

“This is English football!” He continued. “It is the Championship and then being successful in the cup gives us another game as well and that’s good.

“We feel like we are performing at the good standard, but we all feel we can perform that little bit better and with a few games now coming close together it gives us chance to take that momentum and keep building – taking the positives from each game and building on them.”

And as well as being on the road for the week for the players, the same will apply to the fans, and Rudd says this will give the squad extra motivation in this long spell away from Deepdale.

“The fans will see what my commute was like when I was injured last year!

“But it is a long way and then to have Derby away on Saturday is another few hours round trip and we need to make sure we are going out there and giving all the fans that travel something to cheer about, because the last thing you want to do is them get on the bus and have to travel home disappointed at what they have paid to go and watch.

“It is no different to if you go out for a meal and you are disappointed with your food going home.

“Fans pay their money and they want to see a good performance and see their team win.

“They suffer the highs and the lows as much as we do and I am sure they’ll be just as happy with the three points on Wednesday night as we will, if we can earn them,” he added.

Watch the full interview with Dec by clicking on the video at the top of the page.