Alex Neil cut a satisfied figure after today’s opening day victory, and picked out several traits from his team this afternoon which pleased him most.

North End recorded their first three points of the season at the first time of asking thanks to Alan Browne’s effort five minutes into the second half, and the Scotsman spoke about his side being disciplined at the back and aggressive in attack.

“Over the course of the game, we did everything that you’d expect in the Championship to win a game,” said Alex in his post-match interview with iFollowPNE.

“When you need to dig in when you’re not dominating, defend your box and expect your goalkeeper to make quality saves and be organised and I thought we showed all of those traits so all in all - I’m just delighted to get the three points and get off to a good start to the season to build on.

“It was a good performance from us. Certainly first half we didn’t get what we deserved in terms of the goals because we had some good chances and a lot of good chances to make good chances!” 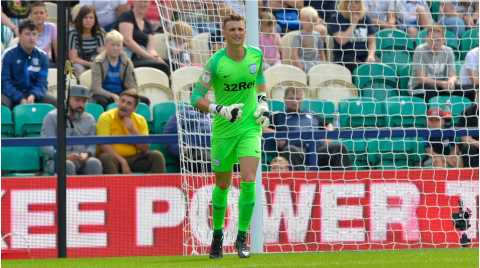 The manager did feel however that his side needed to be more clinical in front of goal, something which the manager pointed out a number of times last season, and the PNE boss admitted he’s still looking for more goals from his team this time out.

“We didn’t really look as damaging in that final third as I’d have liked but all in all, we had 64 percent possession with more shots than them in the game, more chances than them and we did what we needed to do," assessed the PNE boss.

“We worked the ball for three quarters of the pitch really well to create chances but we really need to have better quality in that area. We’re still trying to get better in them areas, and we know we need to strengthen in them areas but today what we did more than enough to win the game.

“Last year we missed a lot of opportunities and we went a lot more aggressive in terms of the starting line-up today because we knew we needed to win this game, and especially at home we needed to score more goals so I’m very conscious with that.

“I think you can see with putting Josh Harrop in there running in behind and making it really difficult to pick them players up. We’d worked a lot on our movement at the top end and it was excellent but it’s that final bit of quality where you need somebody to take the game by the scruff of the neck and put the ball in the back of the net.”

It wasn’t all plain sailing for the Lilywhites, with Declan Rudd notably making a terrific save late in the game, coupled with Tom Clarke having to leave the field two minutes from time with a head injury leaving North End a man short, and the manager praised his side for the grit and their determination to keep the clean sheet and get the win.

“Towards the end, Tom goes off and we have to hang on a little bit but we definitely deserved the win,” continued Alex.

“We’d made our three subs and Tom then wins a great header but he then has to come off, and we then have to patch it up at the back just to see it through but I thought over the course of the game we deserved the win.