North End’s No. 4 reacted to PNE’s 2-2 draw with mixed emotions this evening after the Lilywhites led the game twice only to have been pegged back on both occasions.

Paul Gallagher and Graham Burke’s goals for North End were equalled by Erik Pieters and Peter Crouch to send both sides with a point apiece tonight - and although Pearson felt that his side should have taken maximum points at Deepdale tonight, he spoke of many positives for PNE to work on with the season only three games old.

“I think we deserved more than a point,” admitted Pearson after the game. “In the first half we’ve played well and created numerous chances, scored the penalty and I think it was such a sucker punch to concede so quickly. 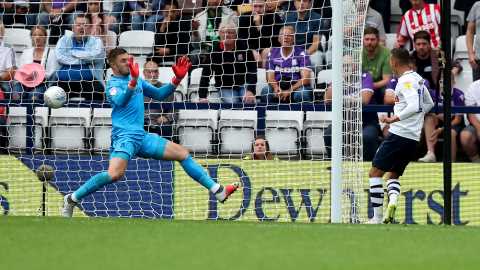 "Getting that second goal, you know you’re back in the game and you’ve just got to see it out, but then they bring on big Crouchie up front and it becomes difficult and when they’re slinging balls up in the air up to him then it’s always going to be difficult for anybody so I think there were some good performances overall but it’s just a disappointing feeling to concede.

“I think we all understood that against Swansea, we started slowly and we needed to start quicker and get at them straightaway and we did that and created numerous chances in that first half.

“That’s been the story of our season so far and maybe last season - we’re lacking that cutting edge to finish teams off but we managed to get two goals against a good side so there’s lots of positives and we just need to take them into the Norwich game.”

The supporters and viewers on iFollow and Sky were treated to a pulsating spectacle this evening with both sides looking to win the game until the very death, not to mention a superb effort from Burke which Pearso spoke highly of.

He continued: “When Gally takes a penalty you expect him to score and that was no different today and I think for Burke’s goal, if there’s anybody in the team you want that to land to it’s Burkey - his left foot’s a wand for him and it's a good goal so it’s good for him to get off in the league now so there’s plenty of positives but we just have to finish teams off.

More reaction from Ben Pearson can be found on iFollowPNE now.