Declan Rudd said credit was due to his Preston North End teammates for a disciplined display in the season opening 1-0 win over Queens Park Rangers at Deepdale.

Alan Browne headed the Lilywhites into the lead five minutes after half-time, his effort ultimately enough for the three points as Rudd pulled off a heroic save to deny Idrissa Sylla in the dying embers, Alex Neil’s men otherwise looked untroubled at the back.

The PNE ‘keeper explained it was merely his job to make saves of such importance and instead chose to praise the rest of the side for controlling the play and showing some battling qualities acquired from the lessons learned of last season.

“Hopefully we’ve come away with no injuries to the squad and it’s a perfect start,” Dec told iFollow PNE. “You couldn’t ask for any more, we obviously got a goal, a clean sheet and a good solid performance.

“In the second half we went a little bit sloppy at the beginning, they set off and just let us have the ball, we needed to get things going again and the goal got us going. 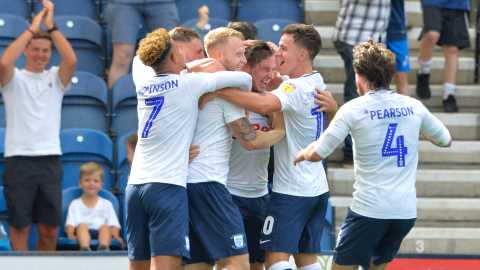 “After the goal, we kept the ball and we just controlled the game really well today and that’s something maybe we were guilty of not doing last season. Maybe last season, every time we got the ball we tried to get another goal, whereas today, we moved it around the back and it served us well.

“I think we learnt that from last season and as a group, we knew that we had to be a bit more ruthless and a bit more rugged. We’ve been speaking in pre-season about having leaders, communication, talking and doing the hard yards and that’s what the lads have done.

“It’s brilliant to be behind them because I never think the ball’s coming anywhere near me because I know they can do their job and 99 times out of 100, they do.

“If a striker’s in the box and the ball gets laid on a plate to him, they have to score it and it’s the same for a goalkeeper, his job is to keep it out of the back of the net and luckily I managed to do that late on and we kept the three points.

“Credit has to go to the other ten lads and the subs that came on, they kept the ball away from me and defended the box really well, I think they [QPR] were limited to maybe two headers and that’s their strength.”

The 27-year-old shot stopper agreed that the squad will now benefit from a rare week’s long gap between the first and second games of the season, with Swansea City next up for the Lilywhites next weekend, although he added that the players are eager to build more momentum following this victory and test themselves against the sides relegated from last season’s Premier League. 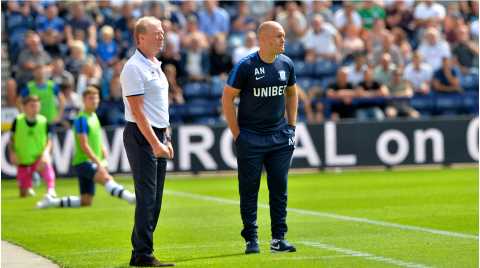 Manager Delighted With Quality On Show

“I’d prefer to have a game on Tuesday [than have a break] and crack on and keep this momentum going. But for the lads that worked their socks off today, they can have a few days now to get their rest in. We can get back in and get the work done that we need to do to prepare for next Saturday because it’s another tough test.

“I think that the more we do on the training pitch, the better we will become and we just need to stick to the plan on the pitch - which we’ve done today. If you have the ball and they run after it, you end up not only keeping possession but tiring them out too, and that’s what we did in the first-half.

“We want to be up in that Premier League so let’s take on the teams that have come down and see what we’ve really got and see if we have got enough to get up there. Win or lose against those sides, it’s not going to be the end of our season.

“There’s 45 more games to go and we’ve just got to do what we do best, stick to our game plan and try to stop them from doing what they do best and squeeze out a win. [We take] each game as it comes and we’ll see how we get on against two Premier League teams of last year.”