Preston North End manager Alex Neil is expecting one of the tougher fixtures when he takes on former team-mate Paul Warne and his Rotherham United side at the New York Stadium to start 2019.

31 December 2018
The Lilywhites boss had a spell in the same side as his opposite number in his playing days and has been very impressed with the job he has done at the Millers and is under no illusions as to the test they will provide on Tuesday afternoon.
Speaking to iFollow PNE, the North End gaffer said: “I know Paul [Warne] quite well, I used to play with him, and the side is very much in his mould.
“He would try and out work you and try and out run you and if you were not willing to match stride for stride and compete in terms of aerially and physically, then you are going to find it a very difficult afternoon.
“They have beaten teams like Swansea and Derby at their place, who went there to try and out-football them, and they have not managed to do that.

“Rotherham have been really aggressive, in their faces and made it really tough for them and they are very, very good at what they do. 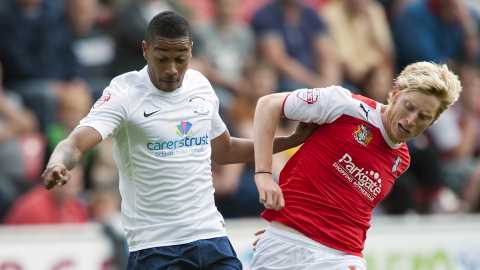 31 December 2018
"Paul’s biggest achievement for me is taking a negative momentum of the relegation and then turning it into a positive and then taking them back up.
“Doing that is no mean feat – it is really difficult to do – but if you meet him, and his bubbly character, it is not really a surprise that he managed to change that mentality, because he is an infectious character when you meet him.
"We know we are going to be in a game. We know it is going to be really tough and we know they are going to run and fight for every single ball and we are going to have to more than match that and then we have to hope we have that little bit of quality that can make the difference, but it is certainly one of the tougher fixtures.”
The injury problems and the run of games being so compact is another issue the PNE chief has to deal with: “The games in quick succession is one thing, but this will be something like their fourth game in 11 days and that accumulation of games is a problem in itself,” he continued.

“We are in a situation where we can’t fluctuate the squad too much, so we are asking a lot of guys to go again, which is a tough ask, but if there is a group of lads capable of doing it, it is ours. 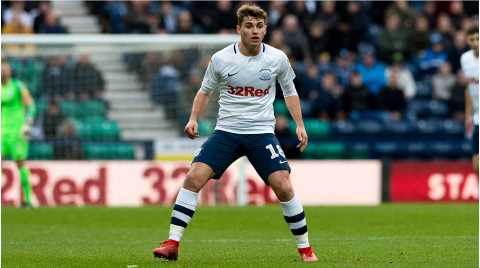 31 December 2018
“Hopefully, they will find enough in themselves physically and mentally to get themselves prepped for this one, because this is an important game for us.”
And after a positive end to 2018, with an impressive performance against Aston Villa, Alex hopes the start to the new year is equally as memorable.
“You want to start positively. I think we ended the year in a good way, with that performance [against Aston Villa] and the young lads coming in was also good for everyone – it showed that progression, with some of them getting an opportunity.
“But, that game is gone now, the year will have gone by the time this game kicks off and we want to try and concentrate on going forward and what we are going to do, rather than looking back,” he added.