Preston North End defender Ben Davies is glad to get over his recent injury niggle and is looking for the side to bounce straight back from their first defeat in ten games last weekend.

7 December 2018
The Lilywhites Academy graduate spoke to iFollow PNE ahead of the side’s trip to face Aitor Karanka’s Nottingham Forest at the City Ground at the weekend and feels that before missing a couple of games, he was getting back to his best form.
“Within the last month building up to my injury I felt I was getting better each game, so it was frustrating to miss a couple of games,” he said. “But I am back now and looking forward to hopefully getting back out there.
“I feel like we went on a good run, which ended last weekend, but that was just one game – we had a lot of injuries that day and things didn’t really go our way, but we can put that behind us now and concentrate on Forest and try and pick up from where we were.

“It hasn’t been squad players we have been missing, most of the people who have been out have been starters and it was perhaps just a step too far for us at Birmingham. It wasn’t really our day, but we are putting that behind us and concentrating on Forest.”

6 December 2018
The last trip to face the Reds came at the back end of January when North End came out on top 3-0, thanks to goals from Billy Bodin, Tom Barkhuizen and Daniel Johnson, but the PNE No.6 is well aware there have been big changes at the City Ground since then.
“Clubs in the Championship spend big money, but we have to deal with that and take each game as it is. It will be a tough game, especially being at their place, but we take confidence from last year, when we went and played so well and there is no reason why we can’t go and put in another performance at the City Ground.
“We were getting back to what we were doing last year in recent weeks, as well as scoring more goals, so it was all coming together and it’s important that this weekend we try and draw a line under last weekend and get back to doing what we were doing on that recent run, because we were a lot more resilient and hard to beat, conceding less and scoring more and we need to get back to that.”
He also feels that if the team can get over some of the injury problems, it will allow the team to get back to working hard on their partnerships, whilst he hopes that if they do, they can also give the large travelling following something to enjoy.

“The more minutes you get with each other, the better you can understand each other’s game and that applies all over the pitch. 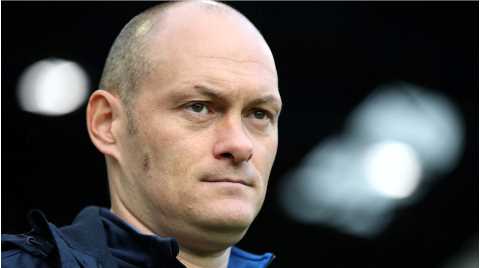 6 December 2018
“That is the same for any club; if you can get out on the pitch with as few changes as possible, then you get consistency and hopefully better performances.
“I saw we had sold quite a lot of tickets and hopefully our fans can get down there in their numbers.
“I hope they have a good day out and that we can put on a show for them and most importantly get the three points so that everyone is going home happy,” he added.