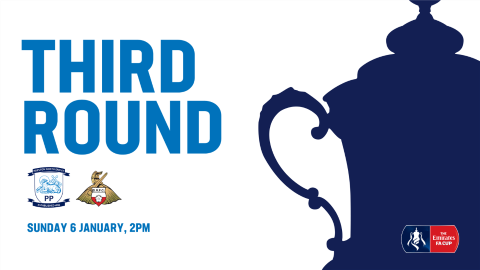 5 December 2018
The tie, originally announced as Saturday 5th January, will now kick-off at 2pm on the Sunday afternoon.
Those who have already bought tickets for the original date can still use the same ticket, or can claim a refund by contacting the ticket office either in person or by calling 0344 856 1966 during opening hours.
As significant number of ties have been moved, with nine ties moved on the Saturday to earlier or later kick-off times, including fellow Lancashire sides Burnley, Blackburn Rovers and Wigan Athletic.
And then on Sunday, as well as PNE's clash with Rovers, Fulham's game against Oldham, Millwall's tie with Hull City and QPR who entertain Leeds United, all kick-off at 2pm.
For full ticket details for the game, click here now