Back at the beginning on October 2016, North End put in a top class display to end the reign of Roberto Di Matteo as Aston Villa manager.

27 December 2018
Ben Pearson's only goal for the club to date and Jordan Hugill's fourth goal of the season gave the Lilywhites the points and prompted the Villans board to remove the Italian from the managerial position.
Villa had after the game won only one league game so far that season, despite being one of the favourites for promotion.
North End took the lead after only five minutes when Pearson fired past Mark Bunn from 12 yards.
Hugill made it 2-0 with a shot from inside the box before Villa's Ross McCormack had a penalty saved late on.

A win for North End, in their first meeting with Villa at Deepdale in 42 years, saw the hosts extend their unbeaten run to four games and move three points clear of their opponents. 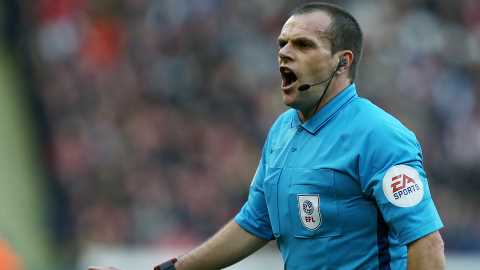 27 December 2018
Poor defending allowed them to take the lead, as Pearson found himself clear in the area to beat Bunn.
And a mistake by midfielder Ashley Westwood saw the hosts double their advantage, with Pearson stealing the ball and feeding Hugill, who found the net with a left-footed strike.
Villa, who were then just two points above the relegation zone and 15 adrift of leaders Huddersfield, brought on two more forwards - Rudy Gestede and McCormack - at half-time and looked more threatening after the break.
Gestede should have found the net when he headed over Jordan Ayew's corner when unmarked and McCormack hit the side-netting with a free-kick.
But, when they had the perfect opportunity to reduce the deficit at the death, McCormack saw his spot-kick, awarded after Jonathan Kodjia was brought down by Bailey Wright, saved by Chris Maxwell.
Then North End manager Simon Grayson said post-match: "Money brings you good players, which is what Aston Villa have got. We have players who want to make careers in the game. They worked, pressed and made it very uncomfortable for Aston Villa.
"If that penalty had gone in at the end it would have been an unfair reflection of how the game went, we were worth a two-goal lead. We asked questions of Villa from start to finish. It was a good way to end the busy schedule that we've had."
Roberto di Matteo added: "There's a team here that is good, it will come good for us. We will keep working. I have faith in the team, I believe in the team and I think that, come the end of the season, they will be up there.
"It's been a bad day at the office for sure. We are ten points from sixth place so it's still all possible. It's normal that when the results of the team aren't what you expect, the results will be questioned. That's part of our job."
PNE line-up: Maxwell, Baptiste, Clarke, Wright, Cunningham, Welsh, McGeady (Huntington, 82), Johnson, Pearson (Browne, 90), Robinson, Hugill. Subs not used: Lindegaard, Makienok, Gallagher, Doyle, Pringle.
Aston Villa line-up: Bunn, Hutton, Elphick, Chester, Cissokho (Amavi, 81), Jedinak, Westwood (Gestede, 46), Adomah, Grealish (McCormack, 46), J Ayew, Kodjia. Subs not used: Steer, Baker, Richards, Tshibola.
Referee: Mr Peter Bankes
Attendance: 17,696