North End’s last home win over the Lions came in January 2006, when Billy Davies’ Lilywhites were in the middle of a long unbeaten run.

12 December 2018
That day they faced a Lions team who were ‘between managers’, but they inflicted a first defeat upon Millwall caretaker boss David Tuttle, thanks to goals from Patrick Agyemang and Claude Davis.
In reality, the game was not as simple as the scoreline sounded, the visitors stifling the Lilywhites for long spells in the first half.
However just before the interval, Chris Sedgwick and debutant Brian Stock conjured an opening for Londoner Agyemang to clip past Lions keeper Colin Doyle.

And the game was all but over just after the interval when the hosts doubled their lead when Jamaican centre half Davis converted a simple header from Callum Davidson's corner. 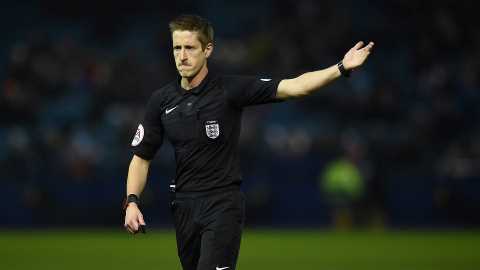 13 December 2018
Speaking after the win PNE boss Billy Davies said: “We are very pleased. We got a tremendous first goal and our general play was very good.
“Against a very well-organised Millwall side who made it difficult for us to break them down we had to be patient.
“We managed to push through the Brian Stock loan deal in time and his performance here was first class.”
Meanwhile, Lions caretaker boss David Tuttle added: “It is disappointing, but we came up against a good side and gave away two silly goals.
“We are disappointed, but we will go into the FA Cup game against Everton still confident. We are in it together and we will get out of it together as well.”
PNE line-up: Nash, Alexander, Mawene, Davis, Mears, Sedgwick, McKenna (Lewis Neal, 69), Stock (Whaley, 77), Davidson, Nugent, Agyemang (Dichio, 85). Subs not used: Lucketti, Hibbert.
Millwall line-up: Doyle, Lawrence, Phillips, Whitbread, Craig, Cogan, Elliott (Hendry, 80), Livermore, Braniff (Fangueiro, 53), Williams (Healy, 62), May. Subs not used: Marshall, Pooley.
Attendance: 14,165
Referee: Mr J Moss (West Yorkshire)