Back in February 2007 Paul Simpson's Lilywhites headed to Hillsborough looking to maintain a promotion challenge at the top end of the Championship and after a stuttering start came away with three points from a fiercely contested Roses clash to put them back into the automatic promotion places.

20 December 2018
The game came as the transfer window slammed shut and while many clubs might have wanted more time in which to carry out their mid-season business, the Lilywhites could not wait for the transfer window to close. They stood firm to hold on to David Nugent, a stance rewarded with two goals against the Owls.
"The gaffer and the chairman didn't want to sell me and I'm happy with that," said 'Nuge' afterwards. "I'm scoring goals and, if we can keep the results up, hopefully we'll be playing in the Premiership next season. If we don't, I might have to think about my career, but I'd rather be there with Preston."
The club's determination to keep their England U21 striker spoke volumes of their aims under the manager, Simpson. Two weeks prior they rejected a bid from Sheffield United which matched their valuation but, with automatic promotion the prime target, Nugent's goals - eight of them in the last ten games - were viewed to be vital.
"I'm delighted with him," said Simpson, whose side moved into second place in the Championship ahead of Birmingham. "We are at a point now that the speculation counts for nothing and we have him for the rest of the season. We were worried all the talk might have affected him and it has, but in a positive way."

It would be reasonable to single Nugent out as the deciding factor against Wednesday, but he was not the only cause for optimism. Brett Ormerod pulled the Lilywhites level seconds after Deon Burton had given the hosts a fourth-minute lead with a 20-yard strike, while the rejuvenated Michael Ricketts flourished as a muscular and elusive link man. 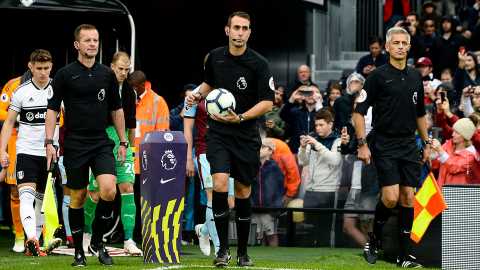 20 December 2018
Nugent sent the visitors ahead with a burst in from the left-hand channel that Mark Crossley should have saved and the Liverpudlian showed a more base striker's instinct when he used his hip to bundle home Ormerod's cross after 55 minutes.
"It was a very professional win," continued Simpson. It wasn't a good start, but we got ourselves into a position at half-time where we could knock the stuffing out of them.
"We are not kidding ourselves. We have beaten Wednesday without really playing well, but we are at that stage in the season where we have to grind out results."
Sheffield Wednesday line-up: Crossley, Bullen, Simek, Beevers, Spurr, Lunt (Folly, 57), Whelan, Brunt, Small (MacLean, 77), Tudgay (Clarke, 57), Burton. Subs not used: Adamson, Graham.
PNE line-up: Lonergan, Alexander, Chilvers, Hill, Wilson, Pugh, Sedgwick, McKenna, Ricketts (Whaley, 71), Nugent, Ormerod. Subs not used: Henderson, Agyemang, St. Ledger, Lewis Neal.
Attendance: 22,441
Referee: Mr S Tanner (Somerset)