Preston North End Academy Manager Nick Harrison spoke to iFollow PNE after his side’s penalty shoot out victory over Charlton Athletic in the third round of the FA Youth Cup. 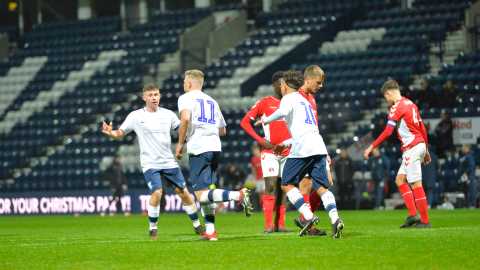 4 December 2018
And he was delighted with the result and felt that the experience of playing at Deepdale will give his side something to learn from and build upon in the coming weeks and the next round of the competition.
Speaking to the official website’s video channel he said: “It was a really difficult game and we knew that’s what it was going to be. We watched Charlton, who are a very good team with good young players, so we are delighted to win the game.
“I don’t think it was our best performance, but it is a cup game and great to see us score the goals we did and get through to the next round.
“I think we had a couple of players who were a bit nervous at the start and I thought they showed that on the ball. Some of our passes were a little bit off.

“It was a great start from us to win the penalty and that gave us the edge, but I didn’t think we controlled the game enough. That could be because a number of players have not played at this stage before, but they have got that experience now and hopefully moving onto the next game they can learn from it and be even better.” 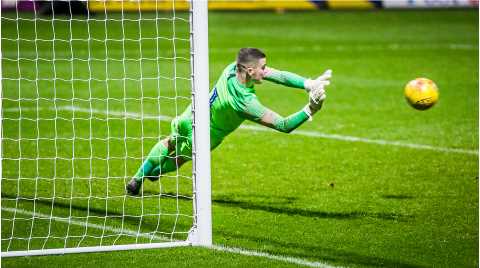 5 December 2018
Young winger Ethan Walker impressed, winning two penalties in the game, scoring the one he took, as well as his 12-yard effort in the winning shoot out and Nick is hoping he can also develop from this.
“Ethan Walker has really good attributes and did well to win the penalties and I thought he could have had another one as the game wore on,” he continued.
“All the players have to play to their strengths and show what they are about in front of the fans and the management staff, to show what they are about.

“There is loads for Ethan to learn, but he is certainly a threat going forward and I thought he had great composure with the two penalties he took. We were delighted with him and will keep working with him, as he needs to keep improving.”

On the night, a number of players – on both sides – struggled in extra-time with cramp on the big Deepdale surface and the U18s chief felt the character show by the squad to come through the physical and mental battle, was a positive attribute from his side.
“Firstly, we were disappointed with the number of players who struggled with cramp; we don’t want to see that and it is something that we and the players need to address.
“However, the character and the attitude of the players to keep going and get through the game, showing that determination to win it – and it doesn’t matter how you win it – was great from them all.
“Credit to Jimmy Corcoran for the penalty saves; that’s when you really need your goalkeeper and everyone involved showed real composure,” he added.