Alex Neil felt that his side needed to make the most of their open attacking play in the second half of the 2-1 defeat by Hull City on Boxing Day. 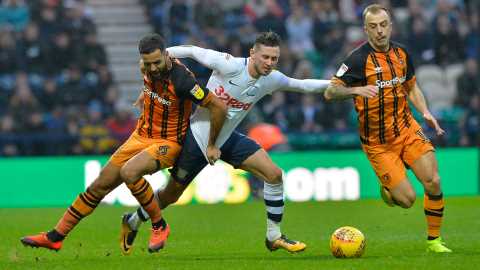 North End trailed to a Jackson Irvine header at the break but Alan Browne’s wonderful strike three minutes into the second half brought about a strong period for the Lilywhites which saw them dominate much of the closing 45 minutes.

A cagey first-half’s action forced the gaffer into a rethink at the interval and although pleased by his side’s second half display, he explained that the open nature of the game always carried the danger of additional spaces being left in defence, as Irvine scored his second to win it late on for the visitors.

“I think the second half was certainly a better performance from us,” Alex told iFollow PNE post-match. “First half was more strategy versus strategy really, both teams played the same way; with two deep-lying midfielders and one number ten.

“We chose to do that because we’re really short on numbers at the top end of the pitch and we felt that if we made it a cagey game where we tried to control the ball, it would allow us hopefully to get that first goal and if we did, it would invite them onto us and then we could leave spaces in behind.

“We then made a change at half-time and brought Ryan [Ledson] on who I thought had a good second half and I felt we were strong second half. But what we do know is that when you go and become that expansive, as we did second half, you naturally leave gaps at the back

“What you’re hoping for at that stage is you get the goal, which we did, and then really, you need to get the next one – the next goal was going to win the game.

“The disappointing thing for us is that we had our chances before they had theirs; Paul Gallagher had a header from about eight yards by the post, DJ [Daniel Johnson] gets slipped in straight after we scored our goal and we had a couple of bits and bobs around the edge of the box.”

Alex admitted that the current injury situation is frustrating, but still felt his PNE side’s performance in the closing half of proceedings merited more from the game.

“We didn’t really look threatening in the first half, so I had try to alter the game in some way, shape or form,” he continued. 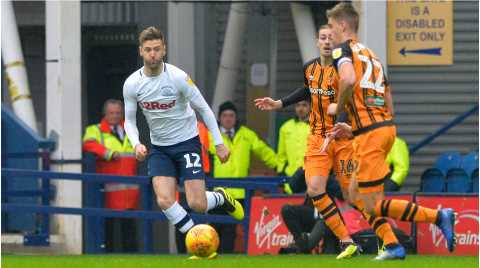 “I thought we did that, the changes were positive, but as I say, I knew that was going to make it a more open game then and then you’re just hoping that you’re going to get those goals that matter, because that’s the difference in the game – if you get the goal, you go and win the match.

“We didn’t do that, so it’s definitely frustrating. An issue we have at the moment is we can change the game at half-time with a sub, with a bit of jigging about with shape, tactics and formations, but in terms of personnel at the moment we’re really short.

“I felt our second half performance did enough to get something from the match. With the team that’s on the pitch, we’re more than capable of picking up results, so I don’t think the balance is perfect because naturally, if we’ve got an extra forward player or two, it would certainly help us.

“That’s the cards we’re dealt with just now so we need to try to make sure we put up as good a performance and as good an opportunity to try and win the game as we can. Second half, to be fair, I felt they did that and I can’t fault the lads for effort in the second half, but it would’ve been nice if we got something today because we’ve got some really big games coming up.”

The gaffer's full reaction is now available on iFollowPNE.