It is one out and one in, in terms of suspensions for manager Alex Neil as his side face Mick McCarthy’s Ipswich Town at Deepdale on Saturday.

John Welsh is free from the ban his picked up last weekend in the home draw with table-toppers Wolves, but full back Darnell Fisher picked up his tenth booking of the season in Tuesday night’s draw with Aston Villa and he will miss both this weekend’s game and the Gentry Day trip to Bolton.

The manager has defensive options to replace the signing from Rotherham United, with Calum Woods one of those who could come into the starting XI on the right hand side of the defence.

The manager must also wait for late checks on captain Tom Clarke, Daniel Johnson and Paul Gallagher, who all missed the clash with Steve Bruce’s side at Villa Park in midweek.

Goalscorer Tom Barkhuizen also limped out of the draw with the Villans late in injury time and he too is a doubt for the clash with the Suffolk side in PR1. 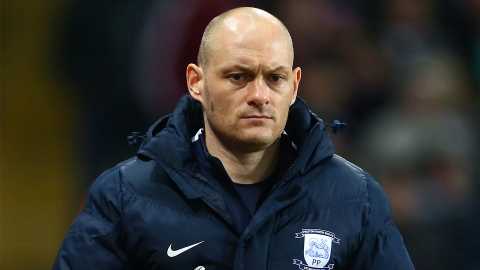 Young striker Connor Simpson replaced North End’s No.29 for the final few seconds of the game – his debut for the Lilywhites – and he could retain a place in the 18 for the clash with Town.

Sean Maguire continues to step up his rehabilitation from his reattached hamstring, that has ruled him out since the start of November, but he is still some weeks away from full match fitness involvement in first team action.