For the third time this season, the Lilywhites will have Darren England as match official for Tuesday night’s clash with Steve Bruce’s Aston Villa at Villa Park.

The referee for the tie is in his first year on the Select Group Two list and was the match official for our game at Middlesbrough in August and the 2-2 draw with Fulham in October.

That means he has taken charge of three PNE games overall in his refereeing career, all of them being away from Deepdale, the first of which being the final match of the 2016/17 season, and it was his first Championship game, in the fixture against Wolverhampton Wanderers at Molineux.

This will also be his first visit to Villa Park this season, having refereed Villa once so far in 2017/18, their 2-1 win over Queens Park Rangers in November. 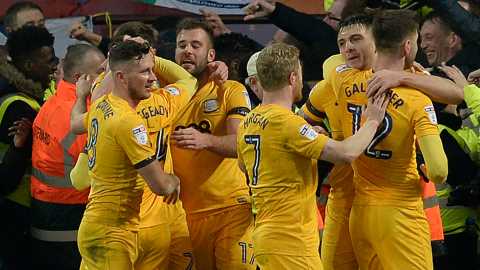 So far this season, he has officiated in 28 games, issuing 103 cautions and two red cards, his last game being Millwall’s 1-0 win at Birmingham City at the weekend.

This Tuesday he will be assisted by Nick Greenhalgh and James Mainwaring and the fourth official will be Mark Heywood.