Taking charge of his first North End game of the season, as we entertain league leaders Wolverhampton Wanderers, is match official Rob Jones.

Having been fourth official at PNE games of late, he steps up to the role of the man in the middle for the first time this campaign; his one other game in charge of the Lilywhites being last season’s 1-1 home draw with Rotherham United – the final home game of last season.

This is the referee’s second year on the EFL list and this will also be his first Wolves game, having taken charge of 31 matches so far this season, issuing 85 cautions and six red cards.

His last game was last weekend’s 1-1 draw between Bolton Wanderers and Fulham at the Macron Stadium; with the majority of his recent games being in the EFL Championship. 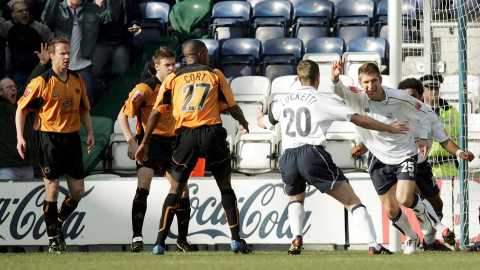 This weekend in PR1 he will be assisted by Shaun Hudson and James Wilson, whilst the fourth official will be Select Group Two match official Jeremy Simpson, who last took charge of the Lilywhites down at Millwall in the middle of last month.