Despite facing each other 11 times in the last 16 seasons, this is only the 16th league game here since Ipswich Town first made the long trip from Suffolk to Deepdale in December 1964.

Our league history with the Tractor Boys falls into two distinct periods; after four consecutive seasons of league matches up to 1967, Ipswich didn’t play another league game here until 2002 as our two clubs went off in very different directions after Ipswich were promoted the old first division in 1968. Top flight football and European adventures for one club whilst the other fell on hard times that took many years to recover from but now both find themselves at the same level and competing on equal terms.

When Ipswich inflicted our first defeat of the 2015/16 season, it was only their second ever victory here in the league, the first coming in 1966 on their second visit. In between those two defeats, we added six further wins to that initial victory along with five draws.

Last season’s fixture ended all square after Jordan Hugill’s last minute equaliser cancelled out Tom Lawrence’s 16th minute goal for our visitors. That 4-1 scoreline in 1964 remains our biggest winning margin and we have only failed to score on two occasions, whilst we have kept five clean sheets. 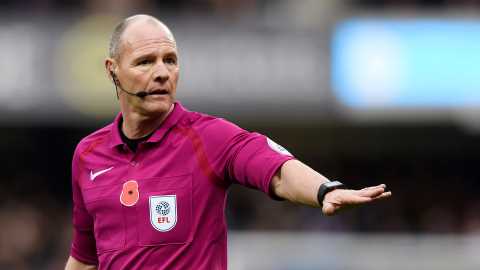 As well as league games, we have met twice here in FA Cup ties, beating our third division (south) opponents 6-1 in the fifth round 1954 in front of almost 35,000 fans. Positions were reversed when we lost 3-0 in 1978, with Ipswich the top flight club and North End putting up a stirring performance as a middle table second division side.

Considering the 260 distance between our two clubs, a surprisingly large number of players have preceded Joe Garner in appearing for both clubs.

Joe’s fellow strikers to have worn the colours of North End and Ipswich Town include Jon Macken, David Healy, Ricardo Fuller and Alex Mathie. Ben Pringle played ten games for Town on loan from former employers Fulham before his move to Deepdale in 2016 whilst Velice Shumulikowski is the only player to have moved directly from Suffolk to Preston.

Richard Chaplow, Sean St. Ledger and Sylvan Ebanks-Blake have all featured for both clubs most recently.

A couple of big home wins stand out in our league record on this date, with a 5-1 defeat of Southend United in 1976 and a 4-0 victory over Cardiff City in 1990.

Southend made the long journey north from Essex for a Tuesday night third division fixture (some things never change) and went home empty handed after a brace each from John Smith and Mike Elwiss, with Ray Treacy our other scorer.

Fourteen years later, it was a Steve Harper hat-trick (his second and third goals coming inside a minute) that saw off the Bluebirds in yet another heavy defeat here. Warren Joyce completed the scoring in front of a meagre 5,719 crowd for the third division fixture.

Steve is as well remembered for his flowing locks as for his dribbling on the artificial pitch, having scored 11 goals in 89 appearances during his two years at Deepdale.

John Thomas made his second debut for North End in that 1990 game, having returned to the club after a second spell with Bolton and then a period on West Bromwich Albion’s books. JT’s return to Deepdale failed to reach the heights of his first time here, when he scored 46 goals in 95 games, which included both the depths of re-election in 1986 and promotion the following season as John McGrath revitalised the club.

After four goals in 16 games, he suffered a badly broken leg, ironically at Burnden Park and was out for a year. Sent off versus Exeter in his final game for North End, JT moved to Hartlepool soon afterwards, with a career record at Deepdale of 55 goals in 130 games, which included three hat-tricks – all in the 1986/87 season.

Former centre half and manager David Moyes made the last of his 174 appearances for North End on this date in 1998 in a 0-3 home defeat to Carlisle United. This was his only appearance as player-manager, having taking over from Gary Peters in January after a period as player-coach.

David was in charge for 234 games, winning 113, and took us to promotion in 2000 and the first division Play-Off Final before leaving in March 2002 and spending the next 11 years at Everton. He has of course since gone on to manage Manchester United, Real Sociedad and Sunderland before taking up his current post at West Ham United.