You only have to spend a short amount of time with North End’s first signing of the January transfer window to realise there is fire behind his eyes.

A player who has had to do things the hard way, working in a job whilst playing part-time football, Louis Moult knows that he can never let himself feel he has made it.

He acknowledges that when you start to feel comfortable, that’s when you let your standards drop and it is not something he is ever going to allow to happen, as he explained when he sat down with The One And Only at Springfields this week.

“It has made me hungry, it is what I was like as a kid,” said the new North End No.21 of his experiences outside the professional game when he spoke to the official matchday programme. “I probably lost that when I got too comfortable, but then I was straight back out of my comfort zone, back into non-league, and that made me the person I am today.

“It made me hungry and gave me fire in my belly.

“I am old enough now to understand that I can’t play without that. I think you can see from my performance on my debut; although it was only 15 minutes. I will chase down every ball and I will put myself about. That’s the kind of player I am, that’s the kind of person I am.

“I appreciate being a footballer and I am very lucky and privileged to be in this position; I’ll run the extra mile for everything. 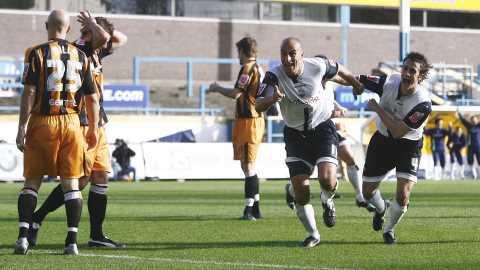 “I grew up with nearly everyone telling me ‘you won’t be a footballer, there’s only a one per cent chance’ and that spurred me on to become a footballer.

“So that was the hunger from when I was a youngster, but then I got too comfortable when I was getting everything done for me as a young pro – that is what happens these days. When I got that hunger back and the fire in my belly I started to perform better and score more goals and that hunger is in me forever now.

“If I lose that hunger, then there is no point in me playing so I will keep that in my game and hopefully succeed.

“You are an underdog and that underdog status suits me. It is where I have come from, I have had people writing me off every step, people are doing it now saying that I won’t do it in the Championship, he’s out of his depth. That just spurs me on to go and score goals, to prove people wrong.

“That was part and parcel of why I chose to come to this club, to prove people wrong – and I can’t wait to do it if I am honest.” 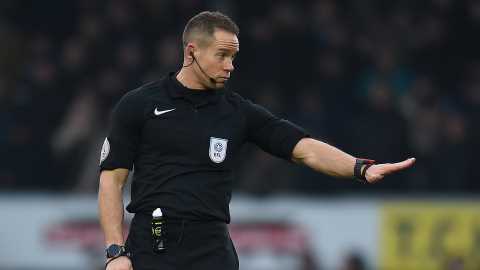 The chance to play at Deepdale did not need a hard sell from manager Alex Neil to the former Wrexham front man, as he explained: “It appealed to me so much. I did well in Scotland, but this was an opportunity to prove myself again and a challenge. I love being challenged. It is a challenge for me, but I am really excited and I cannot wait to get that goal and keep scoring goals.

“[The manager] didn’t actually have to sell it. “As soon as I knew the gaffer wanted me, that meant more than anything else he could have said to be honest. So as soon as I knew of the interest and he spoke to me, an opportunity like this I could never turn down.

“I am lucky that it is with Preston North End, such a big club in this league and I’m only an hour and a half away from where I was born. There were pluses at all sides really.

“The quality here is brilliant, it does take be aback if I am honest.

“The first couple of days when I was training I was just standing there going ‘wow’. I am not used to seeing that much quality, it is brilliant. It is going to bring the best out of me.

“The boys have done tremendously well this season, they’re obviously disappointed with the result from [the Birmingham game], a game we felt we should have won, but we go again.

“The boys have done brilliant and the confidence is sky high around the place, which is tremendous and it is probably easier for me to bed in whilst it is like this,” he added.

You can read plenty more from Louis, along with features and interviews with Daryl Horgan, Alan Browne and Chris Maxwell, plus all the usual features and articles in our 100 page edition of The One And Only this weekend.