Following a vote to give all supporters the opportunity to have their say, Bolton Wanderers has been selected as the venue for this season's Gentry Day.

The Bolton fixture was the overwhelming winner, with 326 more votes than Queens Park Rangers in second place, and can now be confirmed as the venue following discussions with the relevant authorities and Bolton Wanderers.

The game takes place on Saturday 3rd March at the Macron, and will be the venue for the annual Gentry Day, held to remember those connected with the club who have sadly passed away in the previous 12 months.

It’s the second time Gentry Day has been held at Bolton Wanderers, the first being the 2-1 win over Wanderers back in March 2016 when the boys were backed by almost 4,500 supporters in suits and bowler hats.

The vote received just over 4,000 responses in the week-long poll, and a full break down can be found in the graph below. 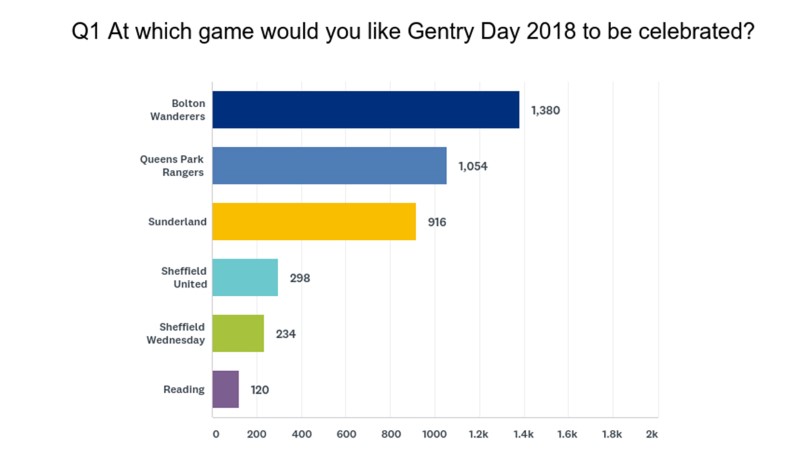 Thank you to all those who took part and we hope that everyone can enjoy another fantastic Gentry Day this season.

Ticket and travel details for this fixture will be announced in the coming weeks.