Since our clash at Deepdale in December there has been a change in leadership at the City Ground, with Aitor Karanka taking over as manager at Forest.

And the former Middlesbrough boss is excited at the young players he has at their disposal and expects them to learn from their mistakes, having gone out of the FA Cup at Hull City at the weekend.

Speaking to nottinghamforest.co.uk ahead of the visit of the Lilywhites the new Reds gaffer said: “We have a young group of players and we finished the game on Saturday with seven players younger than 23. They have to learn but the main thing for me is that they produce on the pitch.

“If we correct our mistakes, then we will improve, but the main thing is the commitment and I couldn't say anything bad about them as they did their best until the end. 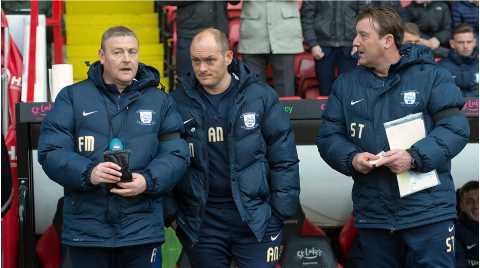 “They have to improve, it is good for their personality and for their careers. This is football though; you don't have time to regret or to be sad, you have to forget as soon as possible, learn and be ready for the next challenge.

“The game [against PNE] can be a good chance for revenge and to show the crowd. It is important to win at home as there were 4,000 fans at Hull and another big crowd at Fulham next weekend, but we must keep the fans happy here at our own stadium.”

The Lilywhites drew 1-1 with their hosts on Tuesday just two days before Christmas and the new boss at the City Ground is expecting it to be another tight encounter.

“It is another tough game," Karanka continued. “Preston are going well and the manager is doing a good job. I know him, but it is about us.

“I said after the Hull game that football is great, as it always gives you another chance and when you lose a game like on Saturday, to have another game quickly is the main thing.

“The players need to recover as well as possible physically and mentally. You always learn things from the game, when you win but especially when you lose.”