After a busy festive fixture schedule, manager Alex Neil could choose to give a number of players who have played every minute of the four games in ten days a rest.

Tom Barkhuizen, Paul Huntington, Ben Davies, Jordan Hugill and Ben Pearson of the outfield players have started every one of those games between Forest and Middlesbrough and the PNE boss must decide whether to include them once again.

Greg Cunningham could make his second appearance after returning from four months out, following the reattachment of his hamstring, whilst Josh Harrop impressed on New Year’s Day, making his first start since October and he could retain his place in the side.

If the manager does choose to make changes, those who didn’t start against Boro; Andy Boyle, Daryl Horgan, Alan Browne, Paul Gallagher, John Welsh and Kevin O’Connor are all available as options.

Louis Moult has received international clearance following his move from Motherwell and could make his first appearance in a lilywhite shirt against former North Ender Gareth Ainsworth’s Chairboys, whilst Billy Bodin is also available, having not cup tied himself, missing Bristol Rovers’ first round defeat due to injury.

Those still sidelined and unavailable for PNE include Tommy Spurr and Josh Earl (both knee), Darnell Fisher (hip), Sean Maguire (hamstring) and Eoin Doyle, whose loan at Oldham Athletic ended on 1st January, but is currently sidelined and would have been cup tied in any case. 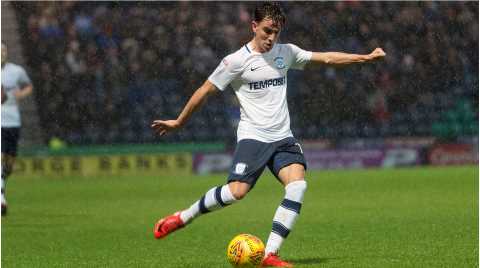