This Saturday’s match official, for the Emirates FA Cup third round tie against Wycombe Wanderers, is taking charge of his second PNE match of 2017/18.

The referee is Peter Bankes, who took charge both of the last two seasons’ clashes with Aston Villa at Deepdale. The first of those was his first of two North End games in 2016/17, also officiating the game against Leeds United at Elland Road in April 2017.

Last season’s clash with the Villans was his third visit to Deepdale as a referee. His first was the 2014/15 season’s 3-2 home win over Port Vale in the Johnstone’s Paint Trophy and then in 2015/16 season he was here for the last game of 2015, when we defeated Hull City 1-0 just after Christmas.

This is his fourth year on the EFL referee’s list and his second year in the Select Group Two, and he also took charge of our win at Chesterfield in February 2015, when Joe Garner scored twice on his return from a period out injured.

The assistants on Saturday afternoon will be Tim Wood and Callum Walchester, with Chris O’Donnell acting as fourth official. 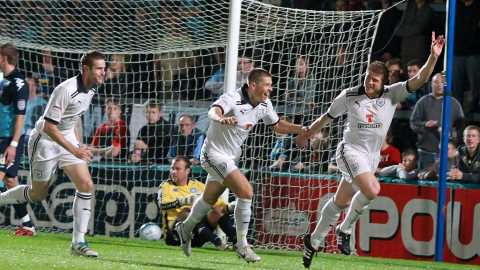