As a result of being drawn out last from the recycled goldfish bowl used for the Emirates FA Cup draw, we find ourselves visiting Bramall Lane three months earlier than expected.

It is of course only three years since we last met there in the competition, with Paul Gallagher’s brace and a header from Paul Huntington deciding the fourth round replay in our favour and setting up that memorable Deepdale night versus Louis van Gaal’s Manchester United side.

Despite our long history of league meetings, this is only the fifth time we have been drawn against each other in the world’s oldest knockout competition, despite the first meeting being way back in 1898/99.

The only tie that was decided at the first time of asking was back in 2001/02, when a second half recovery saw North End progress after Peter Ndlovu had given the Blades a 14th minute lead. Richard Cresswell (later to play for United of course) and a Graham Alexander penalty saw us come back to clinch the tie and progress to meet Chelsea at Stamford Bridge live on television.

This is the 42nd time in all we have reached the fourth round stage and the 21st time we have been drawn away. In all, 12 ties have gone to replays and we have progressed to the next round ten times. Our biggest away wins at this stage have come at Derby in 2008 and at Bristol Rovers in 1957.

As well as Richard Cresswell, former North Enders to move to Bramall Lane include Mark Rankine, Chris Lucketti, Claude Davis and Alan Kelly Jnr. Current Blade Paul Coutts was previously at Deepdale of course before moving to Derby before joining United whilst Paul Gallagher spent time on loan with the Blades from Leicester City before beginning his four spells at Deepdale. 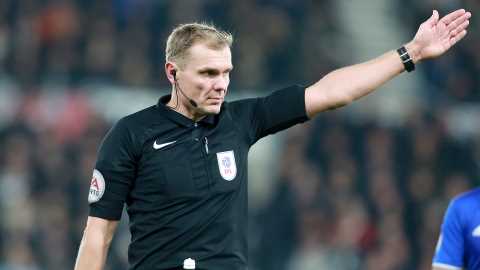 We have played seven previous FA Cup ties on this date and we have won all three away from Deepdale, at Workington in 1934, Queen’s Park Rangers in 1968 and at Selhurst Park in 2007 when we beat Crystal Palace 2-0.

This match against the then amateur side was notable for several reasons, not least being our second highest ever score in a competitive match. It was also one of two occasions when four different North End players scored three or more goals in a match, Jimmy Ross being the only Lilywhite to score six times in a game for the club (although the individual record is seven – also held by Jimmy Ross). Frank Becton and John Cowan each scored four times and the fourth hat-trick was scored by John Barton. This in itself is remarkable, as he wasn’t even a player, but the team’s trainer and was only called up due to an injury crisis, which he did on two other occasions that season!

Two former strikers made their North End debuts on this date, the late Mel Holden and Sky pundit Neil Mellor.

Mel’s first match was memorable for not very good reasons from a North End perspective as we lost 6-2 at Hull City’s Boothferry Park ground. Only 18 at the time, he had some better results during his three years at Deepdale, during which time he played alongside Bobby Charlton amongst others. A tall and commanding centre forward, Mel scored 27 times in 82 games before leaving for Roker Park. Sadly, he lost his life to illness at the tragically young age of 26 after spells with Sunderland and Blackpool.

‘Mells’ moved from Liverpool in 2007 and made his debut as a substitute in the FA Cup tie with Palace mentioned earlier. Neil went on to make 152 appearances for North End over the next five years, scoring 42 times in all before he too had to retire from the game early due to a persistent injury. However, he is a regular visitor to Deepdale in his media role for Sky Sports.