Manager Alex Neil is delighted that his forward players are giving him selection headaches more than a fortnight before the season gets underway.

After Sean Maguire had scored five in the first two pre-season games and Callum Robinson, Graham Burke, Billy Bodin and Louis Moult had all already been in scoring form, Tom Barkhuizen joined the party against Cobh Ramblers with a first half hat-trick, in a game the manager told iFollow PNE, his side were always in control of. 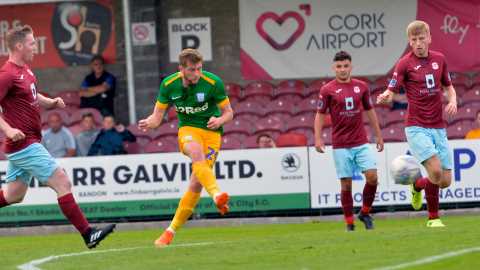 “We scored five goals tonight, four in the first half and we had other good chances as well,” said the gaffer. “The second half we were in good areas and possibly didn’t make the best of good opportunities at times, but it is always nice to win any game. I thought we were in control of the match throughout, so it was good.

“All our forwards are playing in spells at the moment; Tom has been quite quiet in pre-season up until tonight and then he goes and scores a hat-trick, so it all gives me food for thought when I get back, but we have two important games coming up and that will be a real test of where we are and we are looking forward to those.

“If you look at some of the quality balls we have been putting in – Paul Gallagher and some of the diagonals he hit for Tom Barkhuizen tonight – you can see that the combinations are starting to build up and so that is pleasing.”

The team are three days into their pre-season training camp in Ireland the PNE chief has been delighted with the progress so far.

“We have broken up this trip with a game, which we didn’t have last time, and I think that has been a good idea,” he continued. 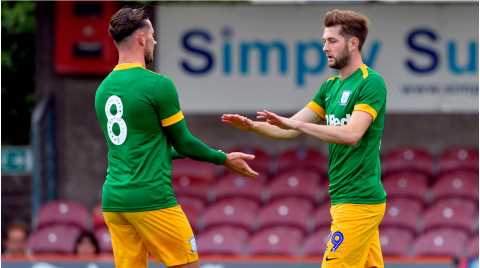 Barky Happy To Get Off The Mark

“It is good that the boys are spending a lot of time in each other’s company and that can only help.”

And he feels that the high level of intensity of the work they have been doing, both in training and games is benefitting them, especially with the previously accumulated knowledge from last season.

“We have made some new signings and all the lads who were here last year are accustomed to the way we train.

“Their bodies are more tolerant; their strength and fitness levels are more prepared for what we are doing and are at a good level and now it is about getting as much detail into them as we can.

“We are pleased with now pre-season has gone so far; that doesn’t guarantee anything when the season starts, but we are doing everything we can to ensure we are prepared,” he added.

You can watch more from the manager by clicking on the video of his post match interview at the top of the page.