Alex Neil said he has been given food for thought regarding team selection following Preston North End’s 3-0 win away to Oldham Athletic in the final pre-season game of the summer schedule.

The gaffer made a number of changes at the half-time interval, with all three goalscorers in Louis Moult, Daryl Horgan and Paul Gallagher having come off the bench to score after the break, with more changes to follow later in the second half.

The PNE boss now says he has some thinking to do in terms of team selection between now and next weekend’s Championship opener against Queens Park Rangers at Deepdale. 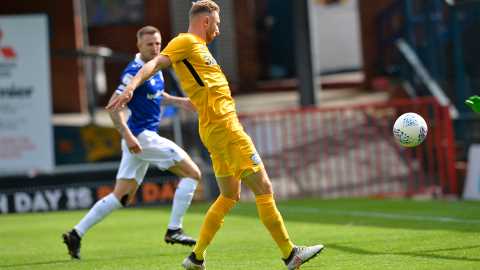 “I think the team I had in my head [for next week’s game] I’m not quite sure about now, I need to have a look at it,” the manager told iFollow PNE.

“What I will say, though, and what I said to the lads afterwards, is that having a bad half doesn’t change things to the point where there’s wholesale changes, but it does give food for thought.

“I thought today was a really good test for us, [they were] a team that pressed high and a different type of football from what we’ve faced. The Premier League teams let you play, [but] they certainly didn’t let us play. The pitch was a little bit sticky but sometimes I just think being brought down to Earth a little can help you. 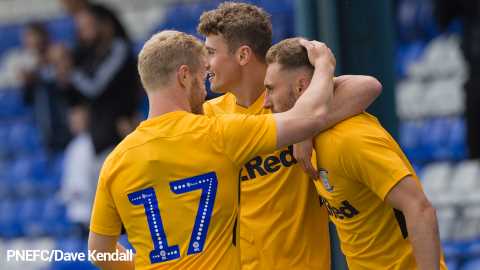 “I think sometimes that can be a good thing because I think what it does, and what it should do, is remind us that if we’re not matching the opposition or certainly getting the better of them physically in terms of picking second balls up, dominating headers and winning tackles, then you’re going to find it a tough afternoon.

“But as always, I think sometimes an under par performance, albeit one where you win the game, can refocus the mind and certainly that should be the affect that we should be taking away from today.”

Alex was pleased by the team’s improvement in the second half and emphasised that all members of his squad will have a role to play this season.

“We moved it better second-half, but the dynamics of the game did change, that’s the one thing that I do want to point out, because taking that focal point that they had off [changed the game]." He continued. 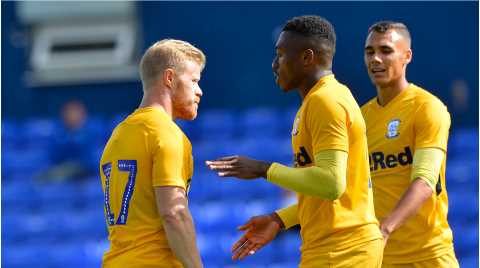 “What I also think makes the difference is that I don’t think we played the conditions well enough, it was a bit blustery in the first half but not only that, there is a slope in this pitch. When you’re shooting uphill it’s more difficult and when you’re shooting downhill naturally, a little gravity helps you and your momentum takes you forward, so that’s something we need to be a bit smarter with.

“As I say, we won the game 3-0 but I didn’t really learn anything any different apart from the fact that if we don’t do what we’re good at, which is energy, get about, win tackles, win headers and be aggressive, then it’s going to be a long afternoon

“I said to the lads earlier that every player in our squad is going to play their part this year. I think we are a hell of a lot stronger than last year in terms of, I could field two teams and I honestly couldn’t tell you who I think would win because I don’t think there’s very much between a lot of them, but hopefully that should stand us in good stead going into the season.”

Watch the full interview with the gaffer on iFollow PNE now.