Preston North End’s fourth signing of the summer, Irish forward Graham Burke, is thrilled with the opportunity he has been given.

The Irish international joins Ryan Ledson, Michael Crowe and Jordan Storey at Deepdale as manager Alex Neil gets together a squad to try and better last season’s seventh placed finish in the EFL Championship. 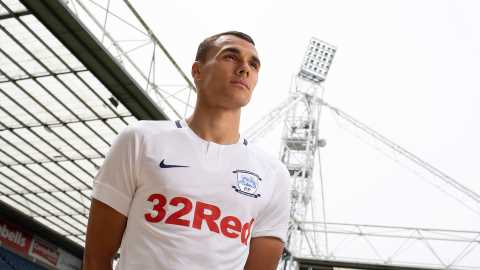 The 24-year-old former Villa trainee had had a whirlwind month, making his international debut, scoring and now signing a three-year deal in PR1 and he admits he has been very proud of it all.

“I couldn’t have written what has happened,” he said. “Even just to get the call up to the Irish squad, I had to pinch myself to confirm it was really happening and then to get in there, experience it, to have two caps and have started one of the games – topping it off with a goal – was just brilliant for me and an unbelievably proud moment, just as today is, signing for Preston North End.

“It was brilliant to hear the news of [the club’s] interest. I was thrilled with the opportunity to have the chance to come to such a good club as this. It was also great to be joining a club where I know some of the boys, so it should help me settle in. 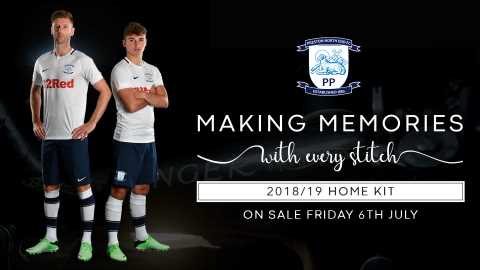 “I have kept a close eye on the club with the Irish players going over there and knowing the likes of Callum [Robinson] and DJ, so when I found out about the interest, it was a no brainer for me to try and get the deal done. I am over the moon and delighted to get it completed.

“I played with DJ and Callum at under age football with Villa, coming through, and I got on well with them. I played against quite a few of the boys here in the League of Ireland and I know a few from the international set up as well and I have got on really well with them. Going to country that I know and have played in before is going to help me settle in.”

Burke became the first League of Ireland player to score for the Irish national side in 40 years, against the USA at the start of June, following in the footsteps of another former Shamrock Rovers and North End midfielder in Ray Treacy, which he admits was a great moment, but like another Irish-PNE connection in Sean Maguire, he hopes to have a big impact when he gets started in Preston.

“It was great to be the first League of Ireland player to score for the country in almost 40 years,” he continued. “It was a fantastic achievement for myself and it just shows for anyone in the league that if you keep your head down and work hard, that Martin and Roy will bring you into the squad – which was brilliant for me.

“I am hoping to hit the ground running as Sean [Maguire] was able to do. We are in the middle of the season, so I am fully match fit; we have the break coming up and Sean came at the same sort of time, fully sharp and playing games and hopefully I can do the same myself.

“I admire what Sean did, with the way he has come in and the impact he has had, and hopefully I can do the same.

“It is brilliant that the break is coming up before I start here in pre-season. I can get myself away, get a rest and get myself focused. I can relax the body, switch the mind off from football for a couple of weeks and come back fresh and ready to go. I look forward to that break, before getting my mind focused on starting with Preston North End and trying to hit the ground running.”

So what can the North End fans expect from the latest addition to the set up? “As a player I try to score goals. I like to think that I am creative and get myself into the final third in places that people can’t really pick me up.

“I like to create things for the strikers and also to get goals for myself. I work really hard, keep my head down and focus on living my life as a professional – that’s what you have to do in the current age of being a footballer.

“I would describe myself as trying to be very comfortable on the ball and being relaxed and composed when I get in the final third.

“It is brilliant to be part of this group. Looking at last season, we finished just two points outside the Play-Offs and to do that with such a young group illustrates the hunger that is there and I have the same desire to get better as a football player.

“All young players want to improve and the ambitions we have as individuals and as a group are to get into the Premier League and all the boys will be fighting for that,” he added.