The 24-year-old joined the club from Cork City last summer and finished the 2017/18 campaign as the top scorer, despite missing four months of the campaign with a hamstring injury. 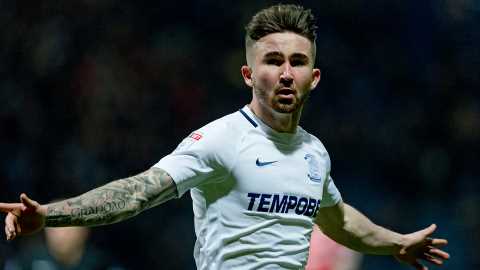 Sean Maguire Says The Best Is Yet To Come

During his first year with the Lilywhites, the No.24 also gained his first recognition with Martin O’Neill’s Republic of Ireland squad and has now put pen to paper on a deal that runs until at least the summer of 2021.

Speaking about the extension, the forward said: “I have improved a lot since I signed for Preston North End and that’s what I want to continue doing and I think the gaffer has played a huge part in that.

“I have come on leaps and bounds since I started my first campaign last August and I want to continue improving and there is no better club to do that with than Preston North End.

“We set the bar last season, finishing seventh and we want to take this club to the top tier and I think next season we need to push on.”

Maguire is the third of Alex Neil’s squad to sign new deals in recent weeks, with Darnell Fisher and skipper Tom Clarke having already committed their long term futures to Deepdale, as the club looks to progress again in 2018/19.