After committing his long-term future to Preston North End, Irish international Sean Maguire said his best is yet to come.

Speaking after signing a new contract until at least the summer of 2021, the 24-year-old told PNE.Com that he was eager to show everyone the best of him in 2018/19. 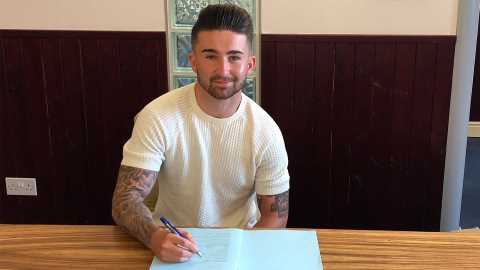 “This summer is exactly what I need,” he told the official club website. “I haven’t had a break in about 18 months and now coming back at the end June, I am going to be fresh physically and mentally. That will stand me in good stead for my first pre-season for about four years in England and it is one I am really looking forward to.

“I came in in late July last year, with only one or two games to prepare for the new season, but this time it is a lot different.

“Preston North End fans last season only saw a glimpse of what I am capable of doing and I think that this year will be where they see me at my best, because I am going to be fresh and also have a half year under my belt of playing Championship football.

"I am really looking forward to it – Preston North End and the whole of England are going to see the best of what I can do.”

The former Cork City forward feels that even with his injury he has made big strides in his first year in the Championship and says a lot of that is down to manager Alex Neil.

“I have improved a lot since I signed for Preston North End and that’s what I want to continue doing and I think the gaffer has played a huge part in that,” he continued.

“I have come on leaps and bounds since I started my first campaign last August and I want to continue improving and there is no better club to do that with than Preston North End.

“We set the bar last season, finishing seventh and we want to take this club to the top tier and I think next season we need to push on.

“I see that in pre-season we play Burnley, who I scored my first Preston goal against them last year, and I will be hoping to start pre-season like I did last year with Preston North End, which is scoring goals.

“I feel that next year is a massive year for me and one where I want to achieve big things with the club and the ambition of the club itself of where it is going is something I am looking forward to being a part of.”