Sean Maguire has expressed his delight after returning from injury and is enjoying his role as PNE’s new number nine.

Since the departure of Jordan Hugill to West Ham United on Deadline Day back in January, the former Cork City man has moved back to his more favoured position as a centre forward.

Speaking to iFollow PNE, Maguire explained just how good it is to be back in the position, particularly whilst playing for PNE. 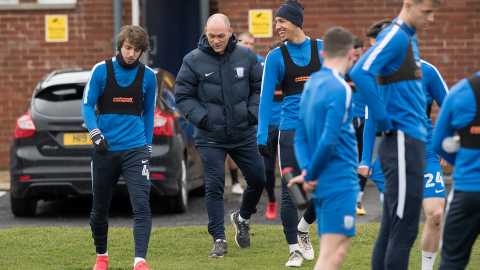 “I was playing as the No.9 for the past couple of years at Cork City and at underage level. This season I’ve mainly been playing out wide, with Jordan [Hugill] as the number nine.

“I enjoyed it out wide and thought it was really effective with Tom [Barkhuizen] on the other side and Jordan up top. Obviously, Jordan joined West Ham and because of that I’ve moved back to No.9.

“It’s great being back in that role and getting the chance to score goals, which is what I like to do. I really enjoy linking up with Alan Browne as well. 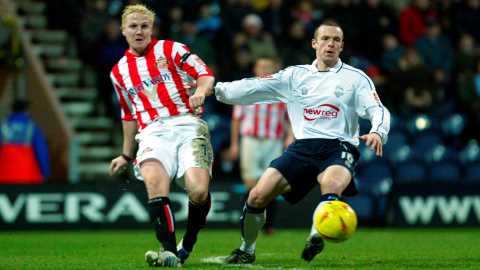 "The guy is an absolute machine and has such a great engine, which I think we all saw against Fulham last week, where we were on the front foot for the majority of the match.”

Maguire has only recently returned from a prolonged spell out, having been injured for the past four months with a hamstring injury. After managing 80 minutes against Fulham last time out, the 23-year-old is feeling fitter and more confident than ever.

“The manager said against Fulham to just give it my all, whether that’s 45 minutes or 60 minutes - it didn’t matter. As the game went on I felt I was getting stronger and to get through 80 minutes without any issues whatsoever was great.

"To score the goal as well was brilliant, the only real disappointment was the result, but there were so many positives to take from the game.”

Saturday will be a big day for all the Irish continent in the North End squad, as it is St Patrick’s Day. Maguire is hoping to continue his rich vein of form against Sunderland and says scoring a goal at the weekend would mean the world to him.

"There's obviously four of us who have been called up to Ireland and it's always special putting on that green jersey whether it's with Ireland or with Preston North End.

"Every time we've worn the green jersey we've come out with a positive result so we will be looking to do the same Saturday.

“It would mean everything if I was to grab a goal this weekend, not just because it’s St Patrick’s Day but also to continue the good form I’m in. If I get a goal, the most important thing is we’ll hopefully be getting all three points and that’s what we’ll be looking to do.

“We’ll be taking a good crowd of over 2,000 up to Sunderland and I think if we can get the three points, it’ll be a great platform for us between now and the end of the season.

Watch the full interview with Sean now on iFollow PNE.