The Rams boss spoke to his club’s official website, dcfc.co.uk, after the heavy loss to the Black Cats and found very little to be positive about.

“It was an awful, awful night,” said the former Derby player. “We have to take a long hard look at ourselves.

“I am not going to defend it.

“I can accept it if a team have come and played us off the park and Sunderland are fighting for their lives, but the goals were woeful goals. 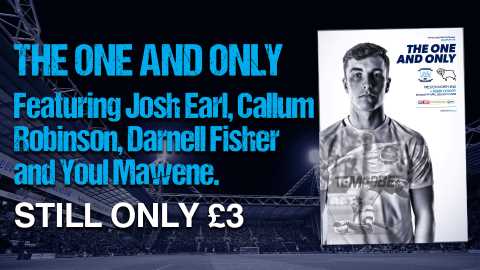 “Our defensive display was really, really poor. I can’t accept that and I also can’t defend it. All the people that doubt us, I have to say that all those people at the moment are right, we have to improve and we have to do it fast.”

And he struggled to put his finger on why his team did not perform to the standards he sets: “I can’t work out why,” he continued. “I will stand up here and take responsibility. I will look at the decisions I take and if the buck stops with me, then so be it.

“I am brave enough to take it on the chin and I have just said that to the players. I said I would go out and do 15 interviews while they stayed inside in the warmth, but they need to take a good look at themselves.

And with Monday’s game at Deepdale, again in front of the Sky Sports cameras to come, Rowett is expecting a reaction from his team.

“Whilst we don’t deserve to be in the top six, we still are and we need to do something about it, because we know the results haven’t been good or enough to keep us in there.

“We will get that opportunity at Preston.

“I will have to have a really good look at the team, because I have some big decisions to make.

“I can’t defend the display, I wouldn’t even try to, I will only apologise to the fans because I’ve been coming to Pride Park as a supporter, as a manager and as a player and I haven’t seen too many displays that have been as poor as that.”