Manager Alex Neil will give late checks to the players who were substituted in Tuesday night’s victory over Bristol City.

Paul Gallagher and Billy Bodin were both withdrawn and will be assessed before the PNE boss decides whether to make any changes to his side for the visit of the Cottagers, however, speaking at his pre-match press conference, he said he expected to have a fully fit squad.

Sean Maguire’s third goal in two cameo appearances will probably lead to calls for his selection from the off, but with only 45 minutes in a behind closed doors game prior to those two games, the manager and the medical staff will be cautious when it comes to when the Irishman is re-introduced back into full action.

Captain Tom Clarke is back in full training and could come back into the squad for the clash with the division’s in-form side, who had the luxury of resting key players an hour into Tuesday night’s comfortable victory over Sheffield United at Craven Cottage. 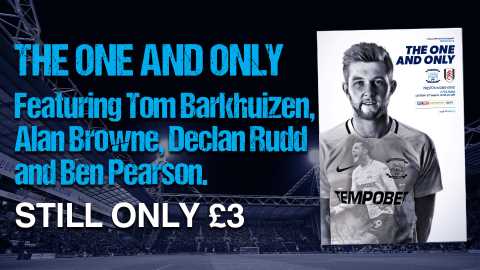 Clarke has been out of action for month, missing the last five games, but will be in consideration for a return as the Lilywhites look to make it three straight wins against Slavisa Jokanovic’s side.

There are no other injuries or suspensions, after a season that until the last few weeks had been blighted by some serious problems and operations.