Manager Alex Neil welcomes back his international players unscathed ahead of the Roses clash with Sheffield Wednesday on Good Friday.

Both Sean Maguire and Alan Browne played 60 minutes of Ireland clash with Turkey last Friday, with Daryl Horgan coming on as a second half substitute and all three returned to training with no issues on Monday.

Billy Bodin made his Wales senior debut as a substitute in Ryan Giggs’ side’s China Cup Final defeat to Uruguay on Monday and he and team-mate Chris Maxwell will return to training on Thursday ahead of the trip across the Pennines.

Greg Cunningham pulled out of the Irish squad after injuring his hamstring in the last home game, against Fulham, but he will be given every chance possible to be available for the game at Hillsborough. 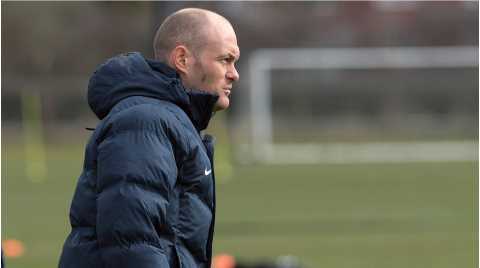 Should the North End No.3 have recovered from his injury, then the manager will have a fully fit squad to choose from as they take on Jos Luhukay’s Owls on the Bank Holiday afternoon.

This includes goalkeeper Declan Rudd, who is back in the squad having missed the win at Sunderland due to being at the birth of his second child a fortnight ago.