Manager Alex Neil must check on the fitness of left back Greg Cunningham, who came off at half-time in the clash with Fulham last weekend.

If the Irish international is unavailable, then Josh Earl and Calum Woods could both come into the reckoning to replace the No.3 on the left side of the defence for the Lilywhites.

Sean Maguire could start only his second game in four and a half months, after scoring his fourth goal in three partial games, since returning from injury at Bolton a fortnight ago and the Irishman will be desperate to get on the scoresheet on St Patrick’s Day.

Paul Gallagher and Billy Bodin were both on the bench for the Fulham game and will be fighting for selection at the Stadium of Light, with the former competing for a spot in the midfield along with the likes of Ben Pearson, Alan Browne and Daniel Johnson. 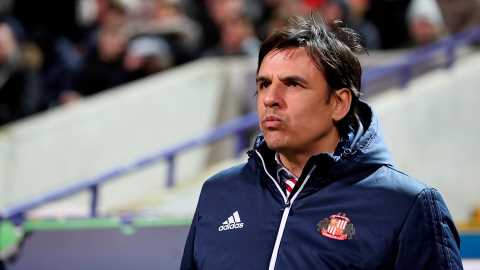 Other than Cunningham, the manager has no new injury concerns, meaning he has a virtual fully fit squad to choose from for the clash with the Black Cats, as North End play their first game against the Wearside outfit since David Nugent scored the only goal back in the final game of 2006.