Robinson was in fine form at the weekend as North End were 3-1 winners over local rivals Bolton Wanderers, the striker getting two more assists to his name in that match, making it six for the season to add to his four goals.

The forward line have all been chipping in with goals and assists in recent weeks, and Robinson has reiterated the importance of working as a team and not fighting for individual glory.

"The gaffer has been stressing that it's about the team, and for us to get to where we want to get to it's going to be collective thing.

"That doesn't just mean the starting Xl, that means everyone like the other day the subs came on and helped us get the three points.

"Whether it's assists or goals, whatever we can do in the final third to help the team win the game, particularly at this stage of the season, we are going to need everyone. 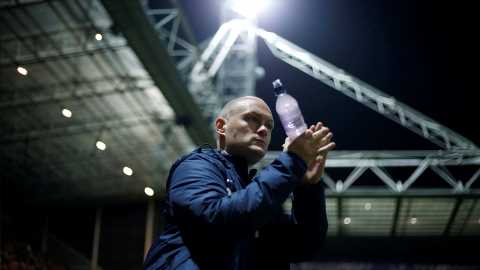 Alex Neil: "It's A Big Match For Both Teams"

Tuesday night sees the visit of sixth-placed Bristol City, and with just three points separating the two sides, it's all to play for in the race for the Play-Offs. 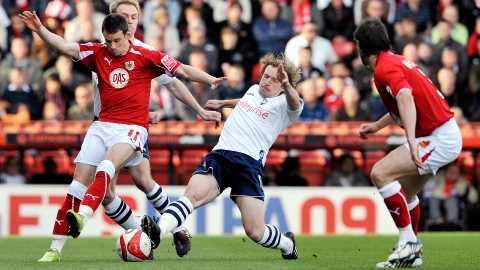 "We've got a good record against them from League One through to the Championship. That was then though and this is now, so we need to head in to the game right mentally and give it a right go.

With back to back home games against teams above North End in the division, Robinson feels the fans can play a huge part in the team achieving success this season.

"For the last ten or 12 games, we are going to need the fans. As it showed on Saturday, we were 1-0 down and we started playing towards the fans in the second half and it's that feeling. They probably don't understand because they are sat there but as a player it really can help.

"If they can get down to these big games, especially the next two which are very big for our season, they are going to play a big part."

Watch the full interview with Callum on iFollow PNE now by clicking on the video above.