Eleven months after their previous visit, we welcome the Bristol version of the Robins back to Deepdale.

This is the 41st time we have played hosts to today’s visitors and we are looking to maintain an excellent record in this fixture, having won 20 and drawn 15 of the previous 40 matches.

It is seven years and five games since City last won here, but it was memorable for them as they beat us 4-0 for the biggest of their five victories at Deepdale.

Goals are virtually assured, with only two goalless draws and even then they were 106 years apart.

Both teams drew a blank on our first ever meeting in 1901 and the scoreline was not repeated until 2007, whilst six games have ended up 2-2 and in 1972 we shared six goals. After both sides took a point on City’s first visit, we went on a run of ten consecutive wins, during which we only conceded five goals and it was not until the 18th attempt that the Robins were able to claim their first victory here, that coming by 1-0 in 1929.

Results have been more even this century, with three North End wins, four draws and that solitary success for City in 2011. Last season’s 5-0 win was our biggest against City and the first time we had scored more than three times against them here. 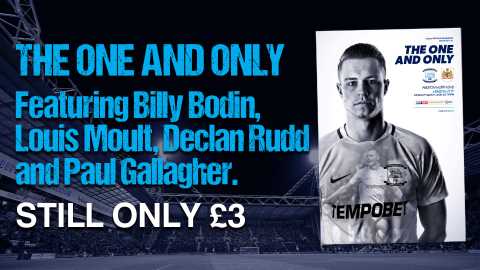 Joe Anyinsah, Matt Hill and Marcus Stewart not only played for both City and North End, but they were also born in Bristol.

Joe only made eight appearances for North End, all as a substitute, after joining us from City in 2005 before moving on to Carlisle in 2009 and ending his league career at City’s rivals Bristol Rovers.

Marcus also played for both clubs in Bristol before spending a brief, injured affected spell on loan here in 2006. A notable goalscorer throughout his career with over 250 goals to his name, he was unable to add to his tally in four appearances for North End before a hamstring injury cut short his time in Preston.

Matt Hill is of course fondly remembered for his sterling performances at left back, having started his career at Ashton Gate before making 119 appearances for North End over a three and half year period from 2005 onwards.

Connections between the clubs are currently maintained by the presence of Bailey Wright, Josh Brownhill, Callum Robinson and Greg Cunningham in our respective squads. 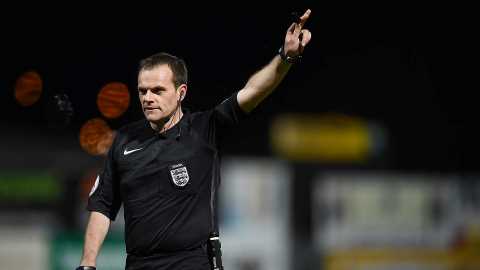 Jamaican centre half Claude Davis celebrates his 39th birthday today. Brought to Deepdale by Craig Brown from Portmore United in 2003, Claude was a popular figure during his three seasons in a North End shirt. He is perhaps most fondly remembered for his celebration dance after lashing a volley past stand-in Luton keeper Kevin Nichols for the final goal in our 5-1 victory in 2006.

Another former player having a birthday today is Bjarki Gunnlaugsson, who reaches 45. The first Icelander to play for North End, Bjarki was seriously hampered by a persistent hip injury that led to his premature retirement in 2001 aged only 28. His meagre return of only seven goals from 54 appearances is not an accurate reflection of his goalscoring instincts or his contribution to the team.

Fred Else made his debut in goal on this date in 1954 in 4-0 home win over Manchester City. Aged only 19 at the time, Fred went on to establish himself as first choice goalkeeper with 238 appearances before he was allowed to leave for Blackburn in 1961 following the emergence of Alan Kelly senior.

We have played ten previous home games on 6th March over the years, winning six and drawing four. These include a 5-3 thriller versus Wolves in 1915, a 3-1 win over Chelsea in 1929 and the heavy defeat of Manchester City in which Fred Else made his debut.