We welcome our visitors from the north bank of the Thames to Deepdale for the 32nd time and they will be hoping to maintain a decent record here.

The Cottagers first made their way north from the capital 105 years ago next week, that opening fixture coming on 15th March 1903. George Barlow’s solitary goal settled the second division match and we also won the next two meetings, the first of Fulham’s 11 wins to date coming in 1933.

We only met ten times in the first 48 years of matches between our two clubs and it was only from the late 1960s that this became a regular fixture.

Goals have often been at a premium, with only 82 shared in the previous 31 matches, although 1968’s goalless draw is the only time the scoreline has ended blank. Our 4-1 win in 1960 is one of only four occasion we have scored three or more times in a match, whilst our visitors have achieved the same feat once less. Their record win was by 4-1 in 1989, despite Tony Philliskirk giving us a third minute lead, with two goals in the final three minutes finally sealing the points for Fulham.

Twenty-three years ago tomorrow, we came out on top in a five goal thriller in a match notable for David Beckham demonstrating his prowess from free kicks when he scored at the Town End. 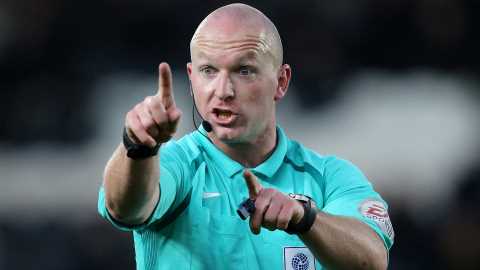 To this day, David still includes this strike amongst his favourites of all those he scored during this career.

Some notable goalscorers have worn the white shirts of North End and Fulham, including Gary Brazil and Mike Conroy.

Gary joined us from Sheffield United in the dark days of 1985, initially on loan, and spent four years at Deepdale. He scored 72 goals in just over 200 appearances as he helped revive the club under John McGrath and Les Chapman before becoming equally successful at Fulham after a brief spell at Newcastle.

Mike Conroy followed Gary to Craven Cottage in 1995 after two seasons with North End after joining us from Burnley. Mike is best remembered for a ten minute first half hat-trick against Shrewsbury Town on his home debut and of course scoring the winner on television in the first round of the FA Cup the following season. As Tom Clarke can testify, any winner scored against our Fylde coast neighbours guarantees a special place in the hearts of all North End fans!

Flying winger Eddie Lewis joined us from Fulham in 2002 and became a real favourite in his 124 appearances before moving to Leeds in 2005 – following in the footsteps of fellow USA international Brian McBride - whilst the most recent players with both clubs were Andy Lonergan and Ben Pringle.

We have only played five previous league games at Deepdale on this date, but three of them are worthy of closer attention.

The most recent match, versus Scunthorpe United in 2012, ended goalless and was the first time in our history we had recorded three consecutive goalless draws at home after similar scores against Chesterfield and Walsall.

Going further back, we drew 3-3 with Blackpool in front of over 38,000 fans, a Tom Finney penalty and goals from Tommy Thompson and Ken Waterhouse ensuring a share of the points.

Five years earlier, the game featured one more goal than the six shared with Blackpool, but this time we ran out 7-0 winners against Barnsley. Tom Finney and Charlie Wayman both scored twice whilst Ken Horton recorded his only hat-trick for North End. We were four goals up after an hour and the players might have taken pity on Barnsley but if they did, they clearly changed their minds with three goals in the last ten minutes adding a gloss to the scoreline.

On Saturday we will wish happy 59th birthday to Geoff Twentyman, who made his name as a free-scoring centre half with Chorley before turning full-time with us in 1983. He was unable to continue his scoring feats in over 100 games but he was a mainstay of our defence for two years before moving to Bristol Rovers.

The only player born in Cameroon to play for North End (so far) made his debut 11 years ago today. Franck Songo’o was a promising 19-year-old winger at Portsmouth when he joined us on loan in March 2007.

He made his debut as a substitute at Hull before starting the next four games, but being replaced in all of them. His final appearance was again as a substitute in a defeat at Crystal Palace before he returned to Fratton Park. Franck left Portsmouth the following year and continued his career in Spain, the US and Greece.