Captain Tom Clarke is excited about the potential opportunity of leading another PNE Play-Off campaign if results go North End's way at the weekend.

Clarke joined the club in 2013 and was a big part in North End’s 2015 League One Play-Off success and he, alongside over half a dozen of his teammates, now look to extend their season further and challenge for a place in the division above.

Neil Proud Of Players Ahead Of Crunch Match

Speaking to iFollowPNE, he said: “You can see the build up for it, the lads are buzzing. They can’t wait for the game to come.

“It’s a big game, a must win game. Everyone’s excited, you can just feel the excitement around the club.

“It’d be something else. It’s something you dream of as a young boy and to do it here at Preston where I’ve been for many years now – and especially for this group, the groups worked hard, we have a young hungry group – and to do that would be amazing.”

There are several big games on Sunday, with teams at the top facing those at the bottom, with both still having something to play for. Burton are no different and will be fighting to keep their place in the division. The Skipper is aware of their situation and wants the team to enjoy the game.

“It’s going to be an exciting game and hopefully we can come out on top. It’s been a great season so far and to take it to the last game of the season with something to play for is testament to the lads and staff. 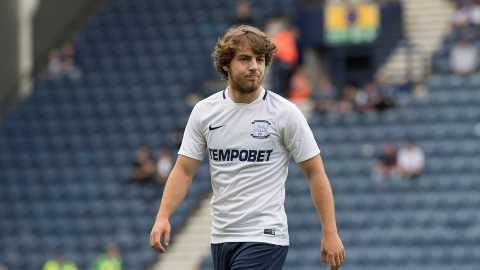 With the Lilywhites focused on getting the result in the final game this season at Deepdale, North End's No.5 hopes a bumper crowd can drive the team on.

“The sole focus is to get those three points. The pressure that they’re under will be totally different to the pressure we will be under. We need to enjoy it, we need to go there and do what we’ve been doing – that’s to get the win.

“This is what you work hard for in the close-season and during the season. All the team meetings we go through are for this moment. We’ve been involved in some big games here but this one is right up there.”

You can watch the full interview with Tom Clarke by clicking on the video above.