For the fourth time this season Andy Madley will be the match referee for the Lilywhites’ fixture.

It is his first game at Deepdale since right back at the start of the season, having taken charge of the 1-0 win over Reading at Deepdale back in August, and since then he refereed our games at Ipswich Town and away at the Madejski Stadium last month.

He is one of the most familiar faces in terms of match officials for North End fans, as not only did he take charge of five of our games last season, but he also refereed the Play-Off Final win at Wembley in 2015 and our last encounter with local rivals Blackpool – when Tom Clarke wrote his name in PNE folklore. 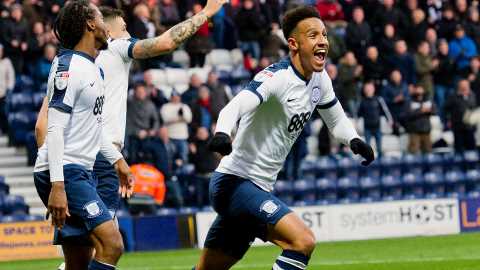 This year he has so far officiated 41 games, issuing 133 cautions and just one red card. This is his third game in the middle for the Brewers this season – taking charge of their goalless draw at QPR earlier in the season and then their 1-0 win at Bolton Wanderers back in December.

He will be assisted on Saturday by Neil Davies and Robert Merchant and the fourth official will be Andy’s fellow select group two match official Darren Bond.