New signing Ryan Ledson says that his job is to repay the fans who spend their money to come and him and his team-mates play week in, week out. 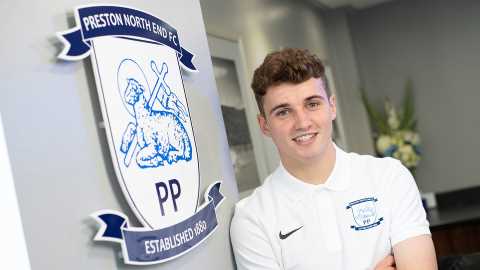 Speaking to iFollow PNE after agreeing a move to Deepdale, the 20-year-old midfielder said that the supporters can expect to see a player who will give his all the for them and the club when he gets his Deepdale career underway.

“I am someone who is going to give everything on the pitch,” he said.

“Every game I will work my hardest to give back something to the fans who pay their hard-earned money to come and watch us – it is only right for us to give everything for them.

“I am really looking forward to joining the club. I know there was interest in January and there were a few bids made, but now it has finally got over the line and I can’t wait to get started.

“I always saw Oxford as a great opportunity to get games and prove I was capable of playing higher. My time there was brilliant, but I am really forward now to getting back up north and playing for Preston.

“In the last two years I have played in League Two and League One and now I am going to go and play in the Championship, which will be tough, but hopefully I will adapt to it and play a few games.”

He arrives in PR1 with 100 league games already under his belt, an impressive achievement given his age, and he says that the chance to go out and get game time at the U’s was vital for him. 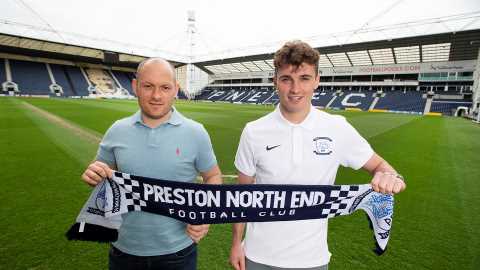 “When I left Everton I wanted to go and play as many games as I could and now get the chance to go and express myself in the Championship,” continued the England U20 international.

“I have signed a three-year deal here and hopefully we will kick on and maybe we can move up again.

“Getting games under your belt, especially as a young lad, are vital. I have played over 100 games now getting that experience at Oxford was brilliant.

“I have kept an eye on how the lads have been doing and they have done really well this year and hopefully I can be a part of things next year.”

Whilst he doesn’t have any real connections in his new dressing room yet, he is looking forward to getting stuck in and repaying the faith his new manager has put in him.

“I know a few of the lads from playing against them when I was at Everton.

“I am a young lad and want to do the same as them and that is strive to be playing at the highest level possible.

“It speaks volumes of faith the manager has in me that there has been a lot of interest from him, firstly in January and again now. We have got it over the line finally and I am really looking forward to working with him,” he added.

To watch the full iFollow PNE interview with Ryan after he agreed the terms to his move to the Lilywhites, click on the video at the top of the story.