We bring to a close our 119th season of regular league action with only the second visit of Burton Albion to Deepdale.

Last season’s inaugural fixture ended all square, when Callum Robinson’s goal on the stroke of half-time equalised Jackson Irvine’s 23rd minute strike. That was the Brewers’ first away goal for over 400 minutes and the first at Deepdale by a club from Burton on Trent since 1902, when Burton United also drew 1-1.

That was one of three visits here by Albion’s predecessors and the only time they gained a point so let’s hope for a continuation of that record as we say goodbye to club football for another summer.

The final day of the season has resulted in some memorable occasions over the years, whether celebrating promotions, marking retirements or looking forward with hope after a campaign that has ended in relegation. 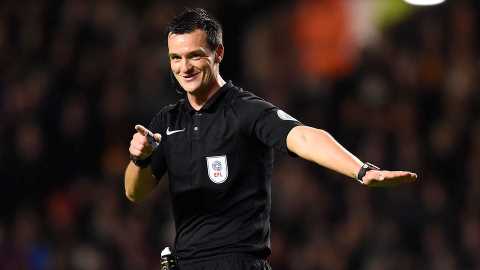 Our final home game of the inaugural league season took place as early as 5th January in 1889, as the 22 game season gave way to the FA Cup in February. We still had two away games to play, but our 4-1 victory over Notts County sealed what had been virtually inevitable all season as the Invincibles were crowned the first league champions in the world.

In later years the season ended at Easter, which saw us play both Sheffield clubs here on successive days in 1905, winning on both occasions.

Having the final league game at home has resulted in some high-scoring matches over the years. We’ve had 5-0 vs Derby (1898), a 4-2 victory over Barnsley in 1926, our 4-0 defeat of Liverpool in 1952 and most memorably our final day win over Cardiff City by 9-0 in 1966 all saw the North End faithful sent off with a smile on their faces.

Less happy was the result of our final game in 1948, which ended a record home defeat as our Fylde coast neighbours came out on top by 7-0. Not a scoreline to dwell on as we mark the end of another successful campaign!

Former left back David Buchanan marks his 32nd birthday today, having spent the last three seasons as captain of Northampton Town after ending his time here in 2015. David spent three seasons at Deepdale after being signed by Graham Westley from Tranmere Rovers and he shared the left back spot with Scott Laird.

Several players have made their final appearances for North End on this date over the years, most recently when David Nugent pulled on the Lilywhite shirt for the last time.

His 107th appearance came in a 1-0 home win over Birmingham City, in which he was replaced by another player turning out for us for the last time in Michael Ricketts. Nuge had the better goalscoring record for us, hitting the net 37 times compared to Michael’s sole strike

This date in 1963 saw Willie Cunningham bring to an end his 14 year playing career as he turned out for the 487th time for North End. Signed from Airdrie in 1949, Willie was 38 when he left for Southport before retiring and opening a sports shop on Church Street in the town centre. He won eight caps for Scotland and was his country’s captain at the 1954 World Cup Finals in Switzerland.

Others to say farewell to Deepdale on this date include Sean Haslegrave (1981), Matt Carmichael (1995) and Bjarki Gunnlaugsson (2001).

We have only played four previous home games on this date, beating Southampton 3-1 in 1933, West Bromwich Albion 2-1 in 2001 and the 1-0 win over Birmingham mentioned earlier. The second of those four fixtures saw us sign off the disastrous 1984/85 season with a 5-2 hammering by Wigan Athletic in front of only 4,800 spectators.