Preston North End manager Alex Neil says that his side must concentrate even more on their own efforts for this weekend’s clash with Ipswich Town.

1 November 2018
With the Lilywhites coming up against Paul Lambert, taking charge of his first game as the Blues’ boss, there can be little in terms of analysis to concentrate on and therefore getting the best from themselves is key to the game, as the gaffer explained when he spoke to iFollow PNE.
“You can pay some relevance to the games they have played, because the players don’t change – it is still the same players who are there, however, the focus really does shift from them to us, because how they will play, who will be selected, you don’t really have anything to go off, so we will focus on how we will play and how we are going to perform,” he said.
“We know they have some good players and we have to be aware of what their strengths and weaknesses are, but that is the biggest difference.

“We have seen a lot of Ipswich already this season. I was at their game with Derby, but the big difference is that Paul wasn’t there. That certainly changes things, but at the end of the day it is 11 players versus 11 and we have to focus on the things we are good at and make sure we try and take that into the game.

“Our approach to each game is balanced – we pay attention to what the opposition are going to do, so we can counteract it, but we also focus on what our strengths are and how we improve that and in an attacking sense that has improved this season and our defensives has looked a bit more solid in the last couple of games and we want to get back to keeping clean sheets again.” 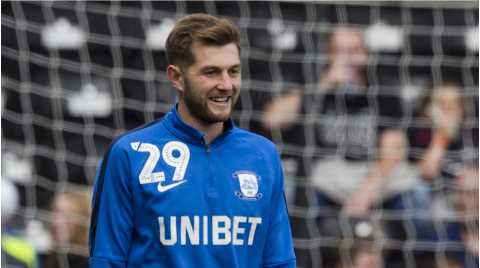 Tom Barkhuizen Happy To Be The Underdog

30 October 2018
Tom Barkhuizen’s iFollow interview earlier in the week made an interesting point, that the side had been at their best in the past couple of seasons when the expectancy was not heaped upon them and the PNE manager agreed that a different mindset was required when the team were the underdog.
“Last year was the highest a lot of players in the squad had finished in their careers and when that is the case the aim to is keep pushing on, getting better and proving people wrong,” he continued.
“This season, we started with an optimism where people were saying we were going to push on and be going for promotion and it takes a different mindset to cope with that.
“Injuries and suspensions certainly didn’t help us, but that expectancy was something we hadn’t been used to. And whether you take your foot off the gas or start to think you just need to turn up to win, then maybe that overawed us a little bit, I am not entirely sure.

“In terms of points, we didn’t start as well as we would have liked, but over the last few performances we have got back to what we are good at. That early talk has dissipated and people have looked at how we are going to respond and we have responded well.”

1 November 2018
Last year’s visit to Suffolk was not a fruitful one, but the manager says it was a ‘line in the sand’ moment that they can learn from and he also stressed the importance of making sure the fans’ trek was rewarded.
“We’ll be flying down to Ipswich, so the supporters certainly have it worse off than us.
“We hope that we can get our away form back on track to what it was last year, because we certainly gave our away fans some great games and great moments last season and when they are travelling that sort of distance, we don’t want to be leaving them empty handed, that’s really important for us.
“Last year was one of those games where we had four or five defenders out at the same time and it was something different for us to content with and it was a similar time of the season.
“I thought our response to that, when we got bodies back, was really good and we finished the season really strongly and there is no reason we can’t do the same again this year,” he added.
To watch the full interview, click on the video at the top of the page. If you follow the iFollow tab at the top of the page, you can also find this week’s preview interviews with Tom Barkhuizen and Ben Pearson.